Trending
You are at:Home»Latest»Charlee Fraser Mentors Indigenous Models for the Future of Fashion
By Cocktail Revolution on 13 November 2020 Latest, Our Say

International model and proud Awabakal woman Charlee Fraser has been announced as Ambassador and model mentor for the Walking in Two Worlds Aboriginal and Torres Strait Islander mentoring, fashion and design spectacular next month.


International model and proud Awabakal woman Charlee Fraser has walked for the best of them.  Think Alexander Wang, Prada, Dior, Lanvin, Balenciaga, Chanel, Mulberry, Céline, Stella McCartney and Tom Ford, to name a few.  Charlee is only the the third indigenous model to ever grace the cover of VOGUE Australia, following Elaine George in 1993 and Sam Harris in 2010.  She’s also featured on other Vogue international covers not to mention  Harpers Bazaar, RUSSH, InPrint and The Edit. The list goes on.

Charlee is now also the Ambassador and Model Mentor for a Far North Queensland Fashion Extravaganza Walking in Two Worlds. Her involvement in the  10-day model mentoring programme taking place on Country, follows an invitation from traditional owner and artist Elverina Johnson. 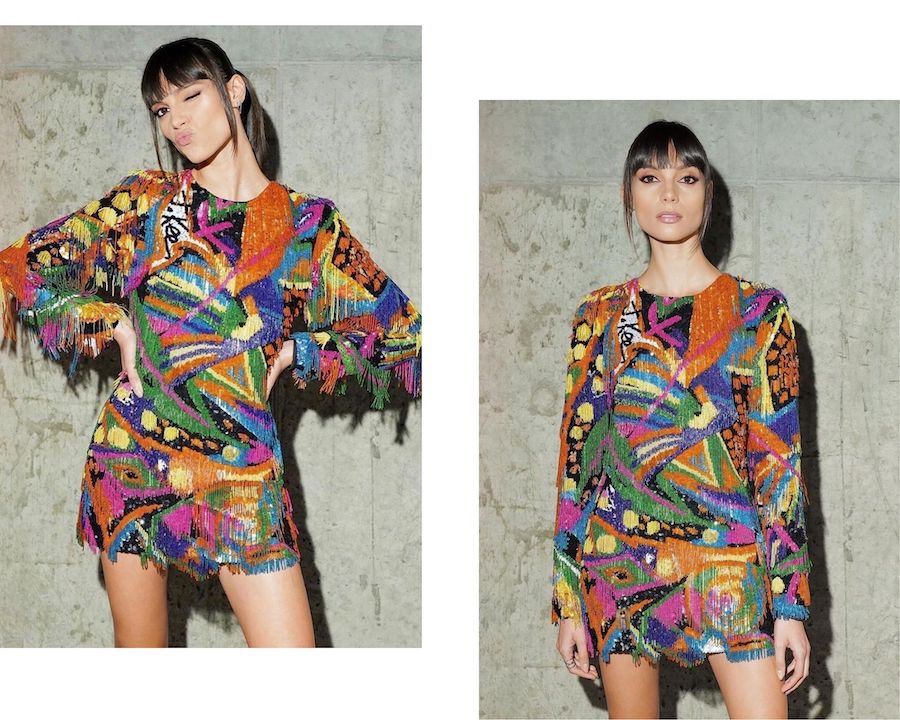 The programme will culminate in a fashion performance at the Bulmbja-ja Arts Centre in Cairns on 11 December before 120 invited guests. Five collections, curated over the past two years, will be featured. They include works by Lynelle Flinders, Elverina Johnson, Emily Doolah, Nickeema Williams and Waringarri Arts Centre. Indigenous influencers and male model Nathan McGuire will also participate along with Luke Currie Richardson.

Announcing the Ambassadorship on Instagram, Fraser told her 35,000 followers, “I am so thrilled, thankful, grateful and excited to announce my new role as ambassador and industry mentor for First Nations Fashion + Design. I’ve long dreamed of this moment where my culture and career collide and I can’t wait to share this journey with you.”

The mentoring programme and performance event is organised by First Nations Fashion + Design, an indigenous not-for-profit outfit that supports and mentors Aboriginal and Torres Strait Islander people in fashion and design.

Cocktail Revolution is celebrating the achievements of Aboriginal and Torres Strait Islander people on social media this NAIDOC Week.
You may like Cairns Indigenous Art Fair  Water is Sacred showcase. Or, check out more about NAIDOC.

Enter Your Email
to keep up to date & be eligible for our fun comps!

We will be returning to our regular weekly street style gallery once it is safe to do so, around the country.