An Aussie for the last two years by a combination of destiny and choice, Laura recently moved from Adelaide to Melbourne where she’s signed with Pride Models.

How did she find out she’s topped the vote? “A friend tagged me on the Facebook post and at first I just thought he had spotted me on the best dressed list. It was later that I realised I was top voted. I had just moved to Melbourne and I followed Cocktail Revolution in Adelaide so it felt like a sign that relocating was a good move.

I remember waking up that Sunday, walking to work and feeling happy and confident. Then, one of your beautiful photographers approached me and captured that moment. It was pretty cool to win and be taken back to that day. Thank you! …and also pretty excited.

I hadn’t worn Anthea Crawford before and yes, they specialise in mother of the bride styles, but they’re more than that. I was really impressed by the super flattering tailoring and quality of the fabrics. The garments are designed and produced in Australia and I noticed that Anthea Crawford is a member of Ethical Clothing Australia. I think these are elements of fashion that deserve recognition and support.

My favourite piece was the velvet flares. I’ll be going back for those!

Freya (Stylist) and Dimitra (Photographer) make a killer team. They are so natural at translating a mode into an image. We were after a street style feel to the shoot despite the more dressed up aesthetic of the clothes. Freya paired feminine pieces with edgier accessories while Dimitra scouted for locations to complement the styling,. Meanwhile, I managed the lipstick changes and my best blue steel look…pretty hard when those two kept cracking jokes. We bonded straight away and it felt like a genuinely fun hangout with friends, so of course we had to follow up with wines!” 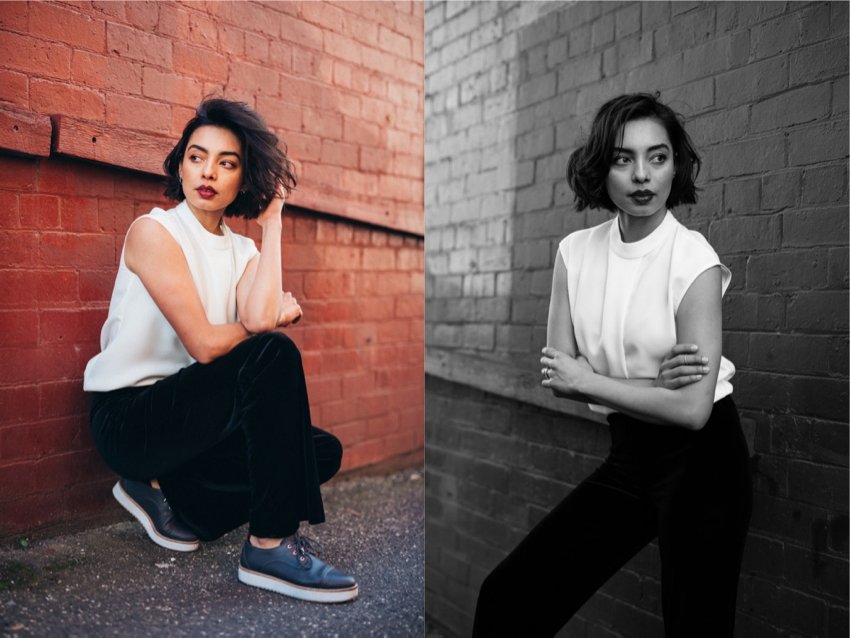 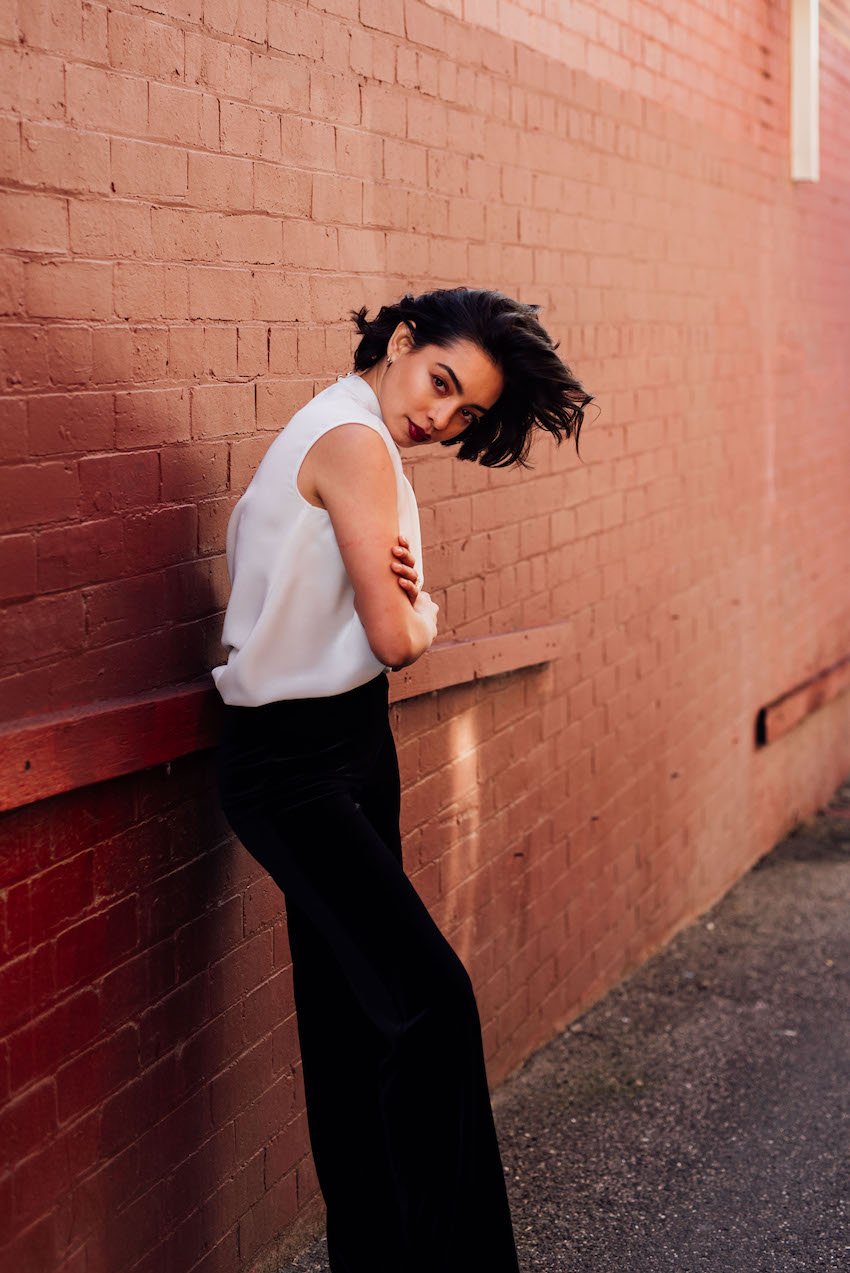 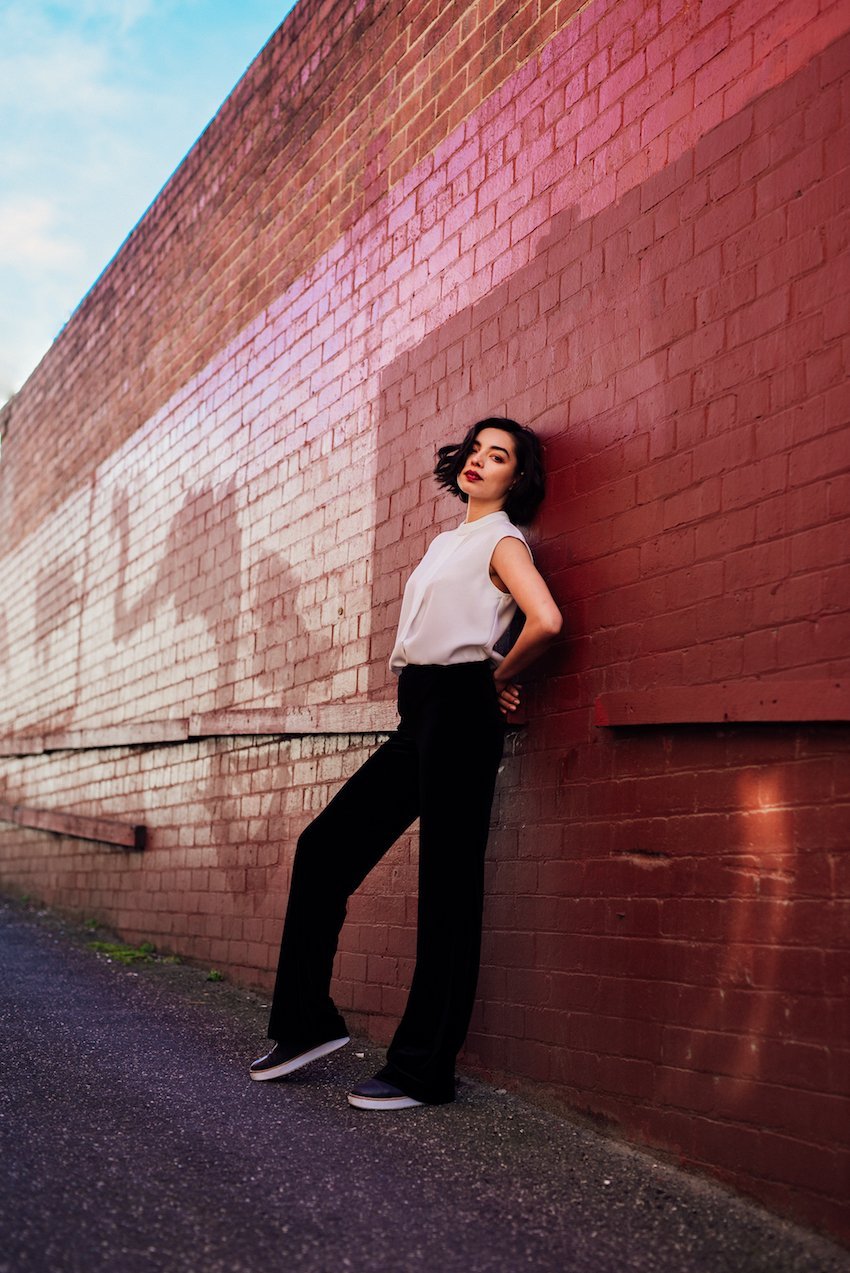 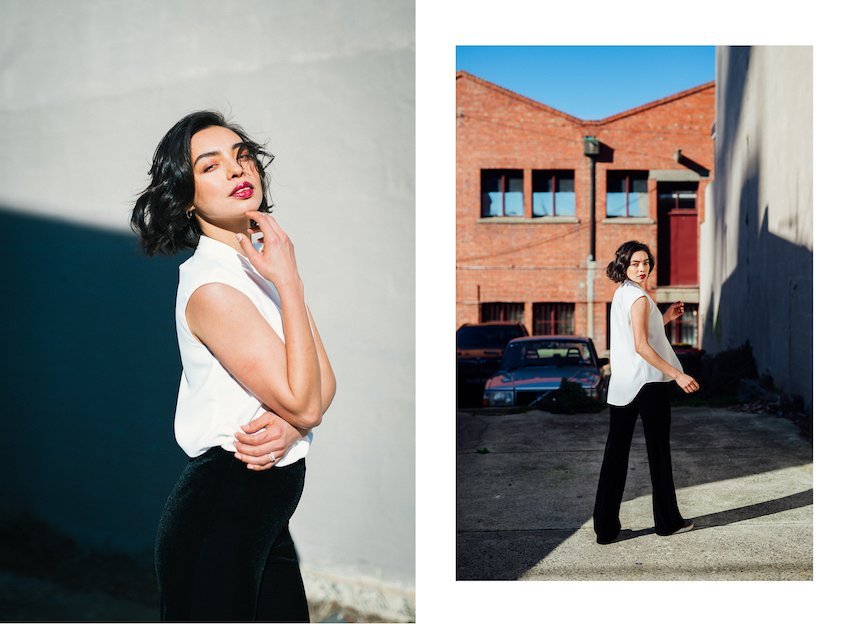 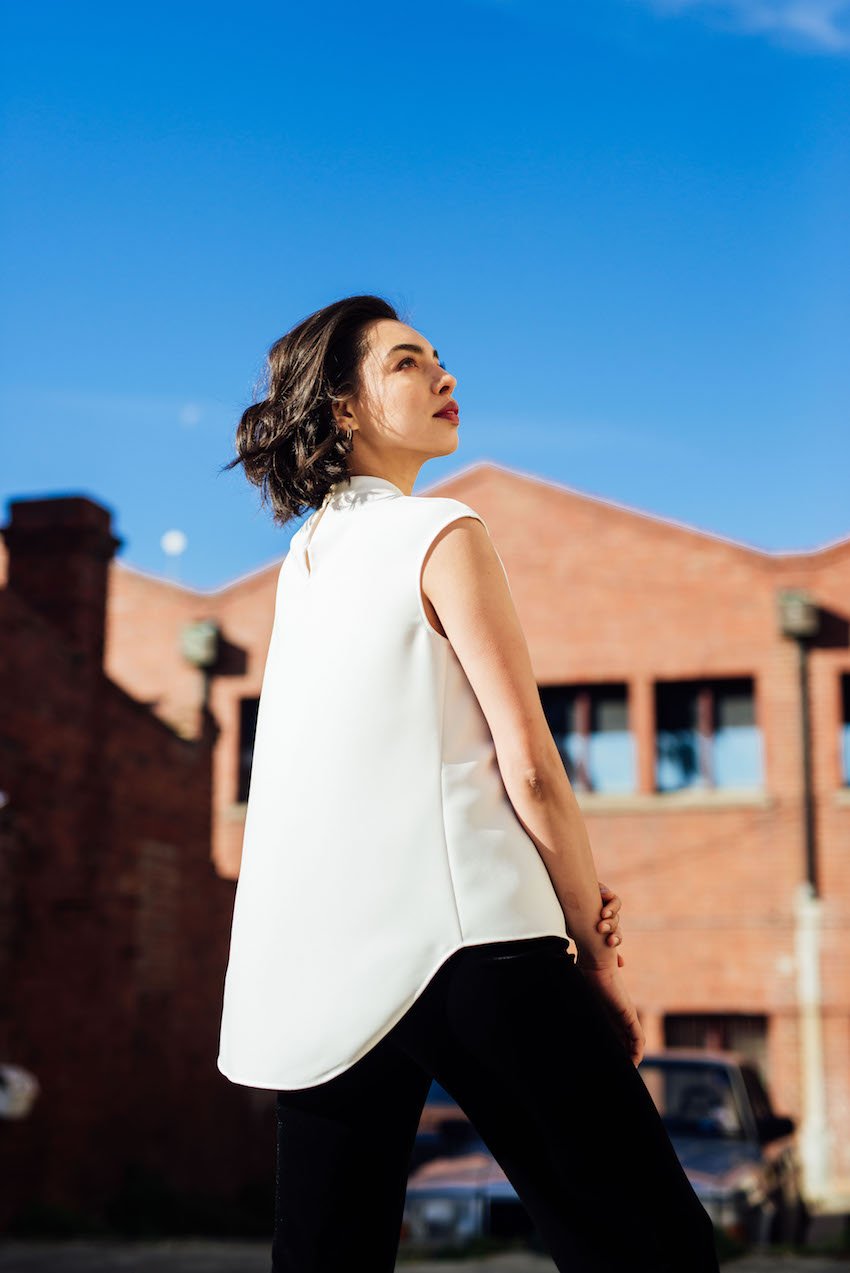 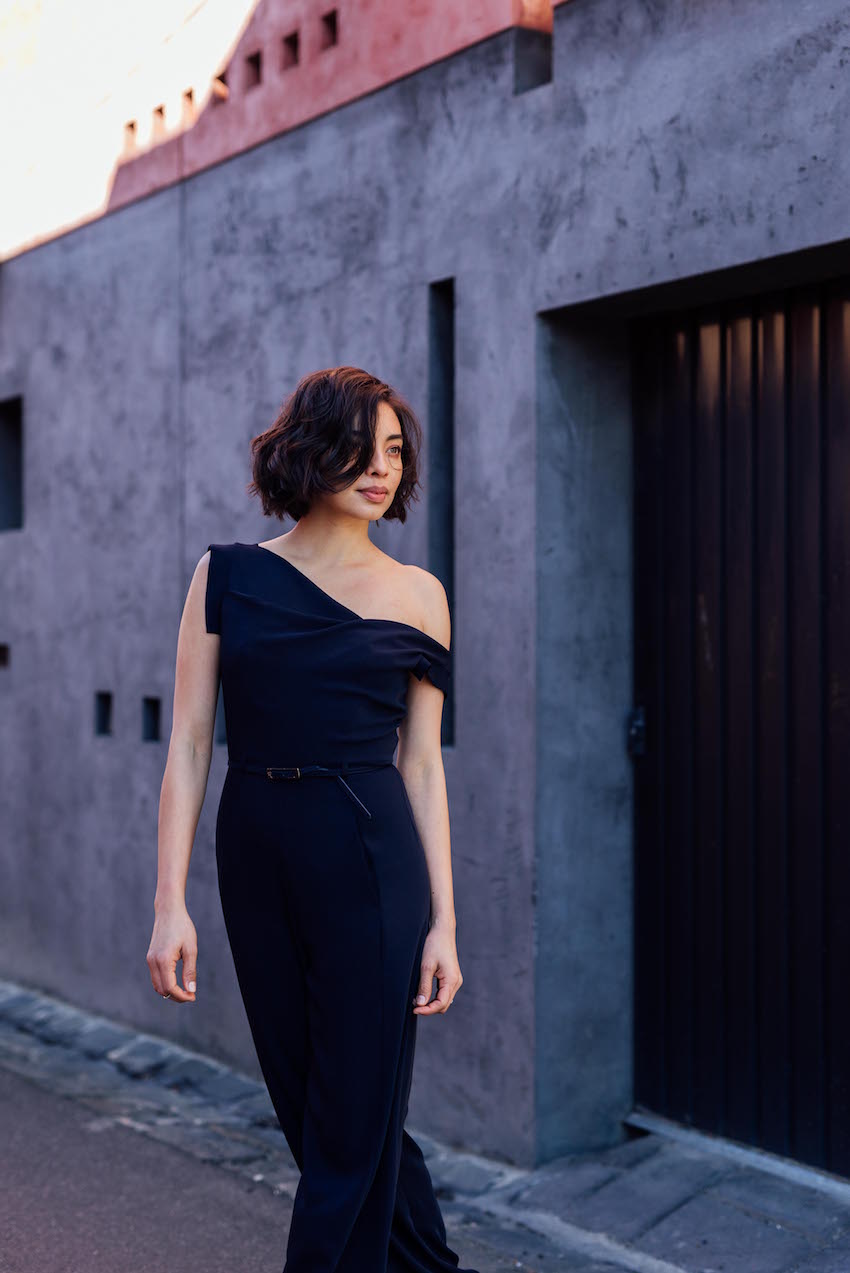 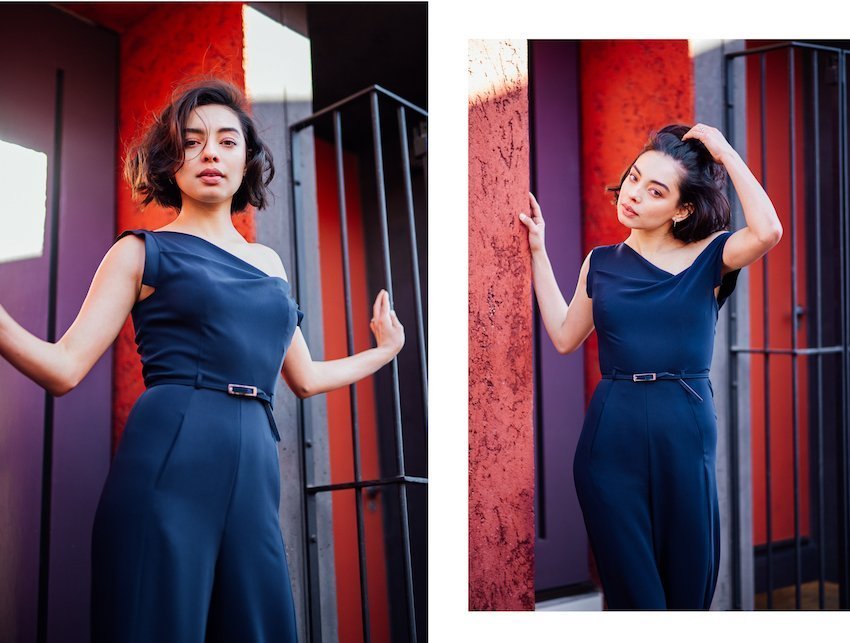 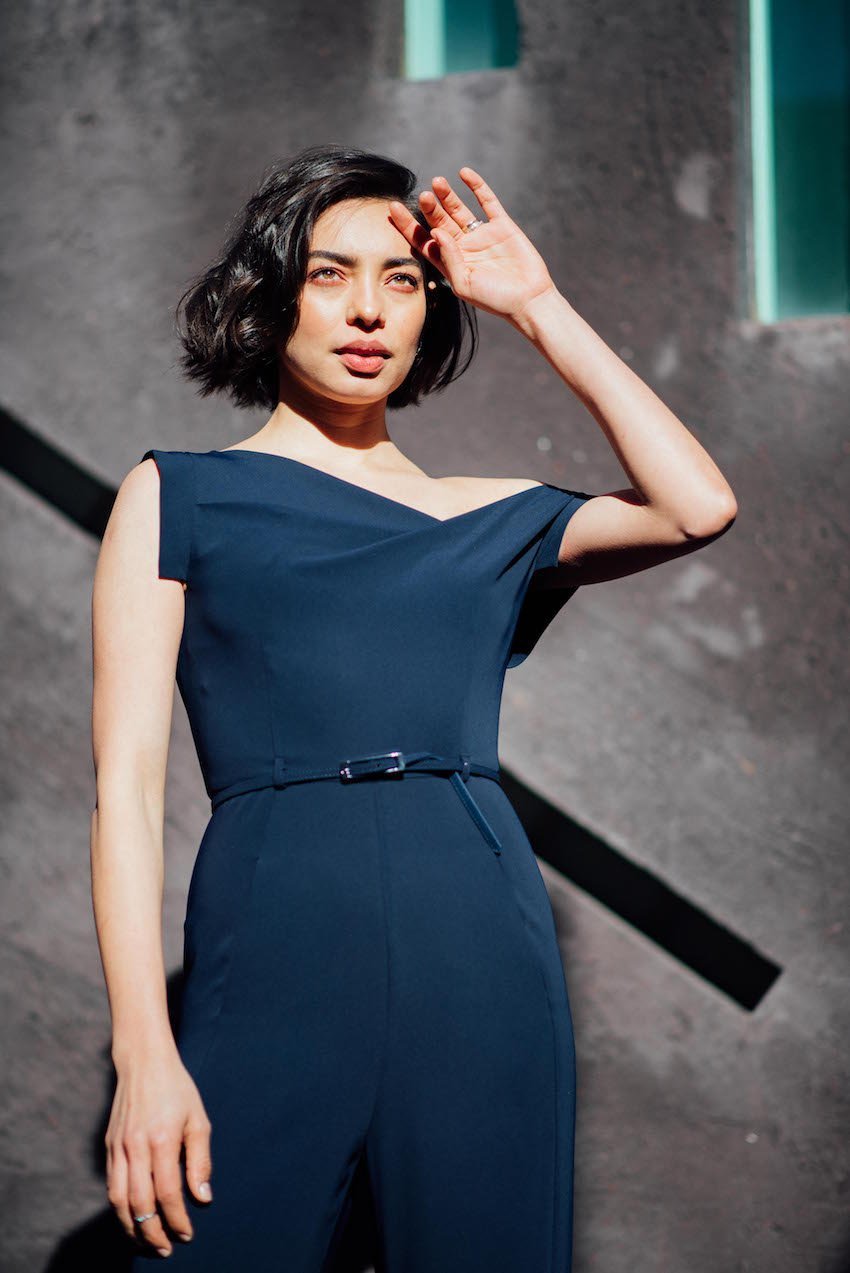 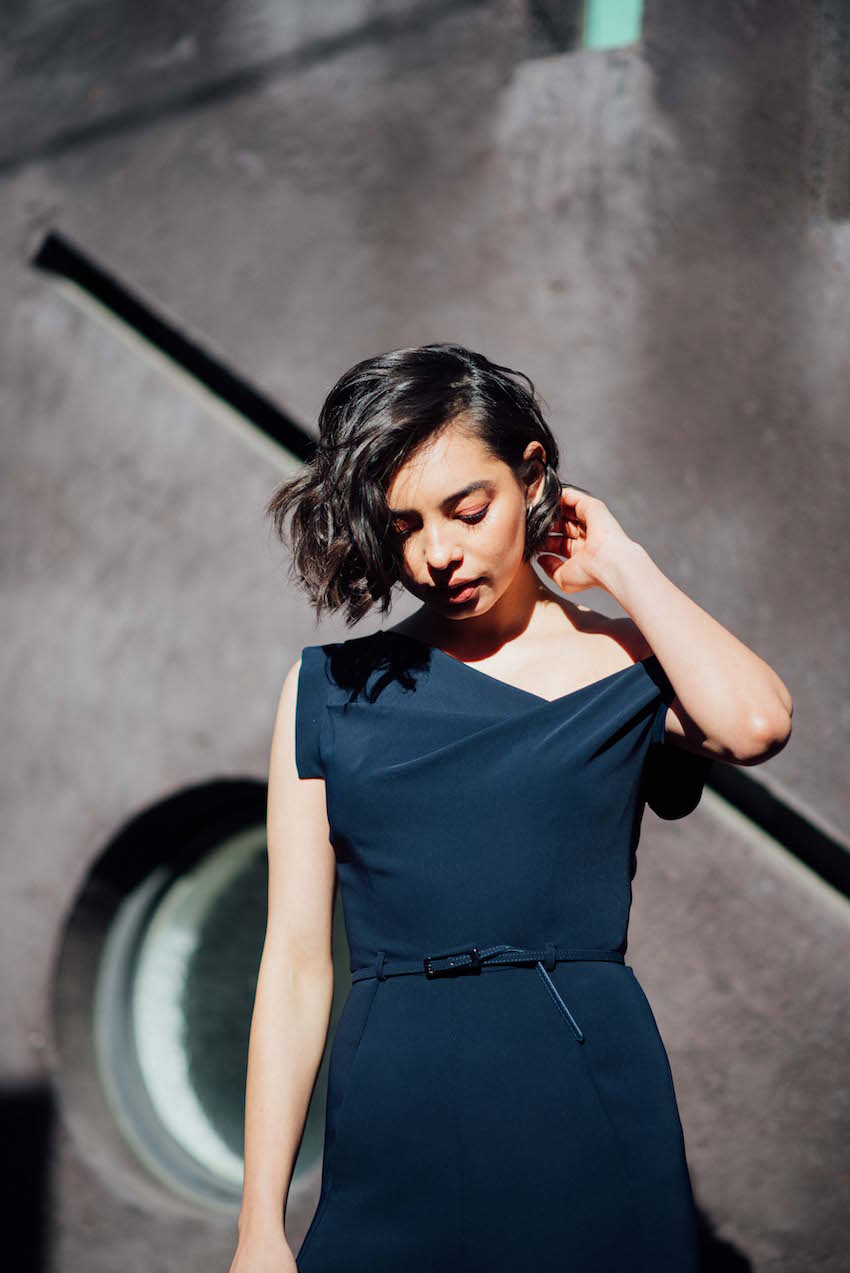 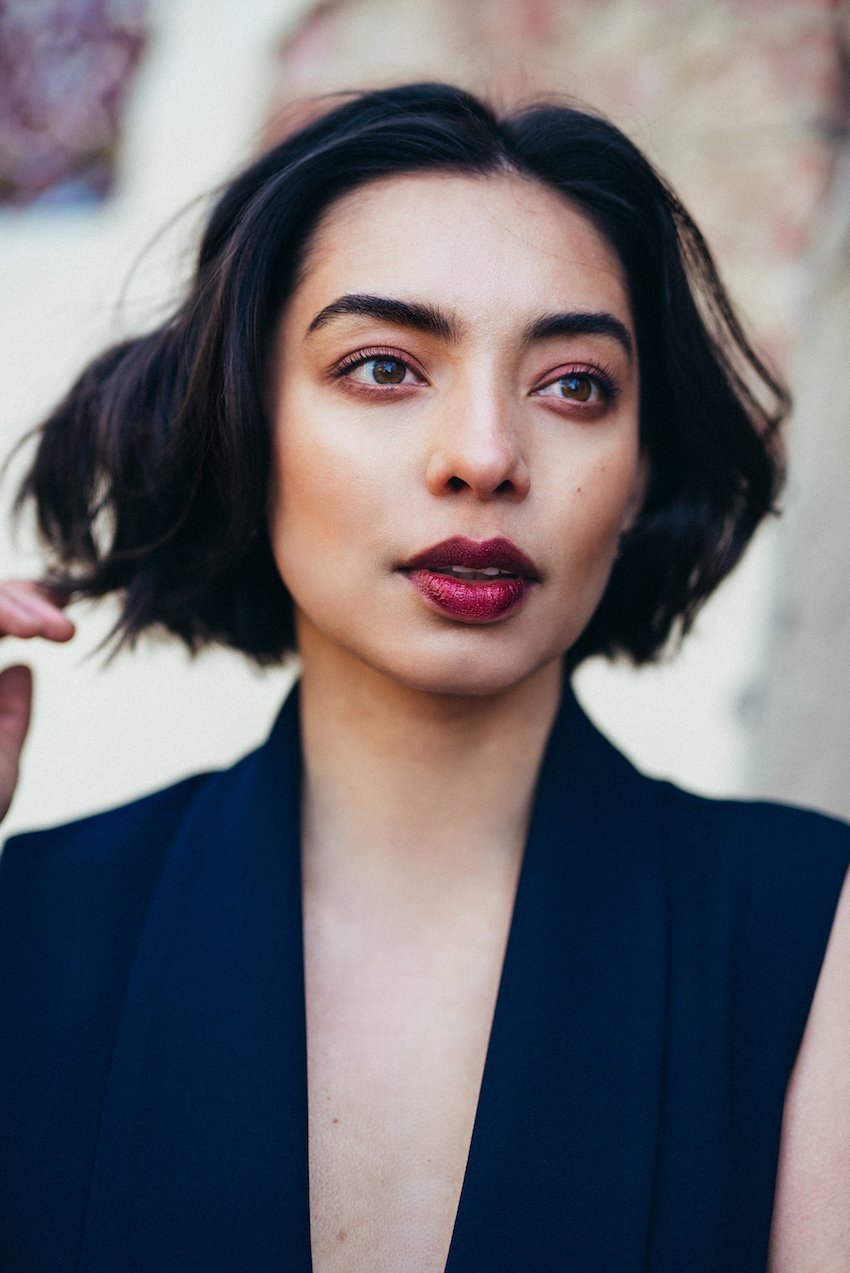 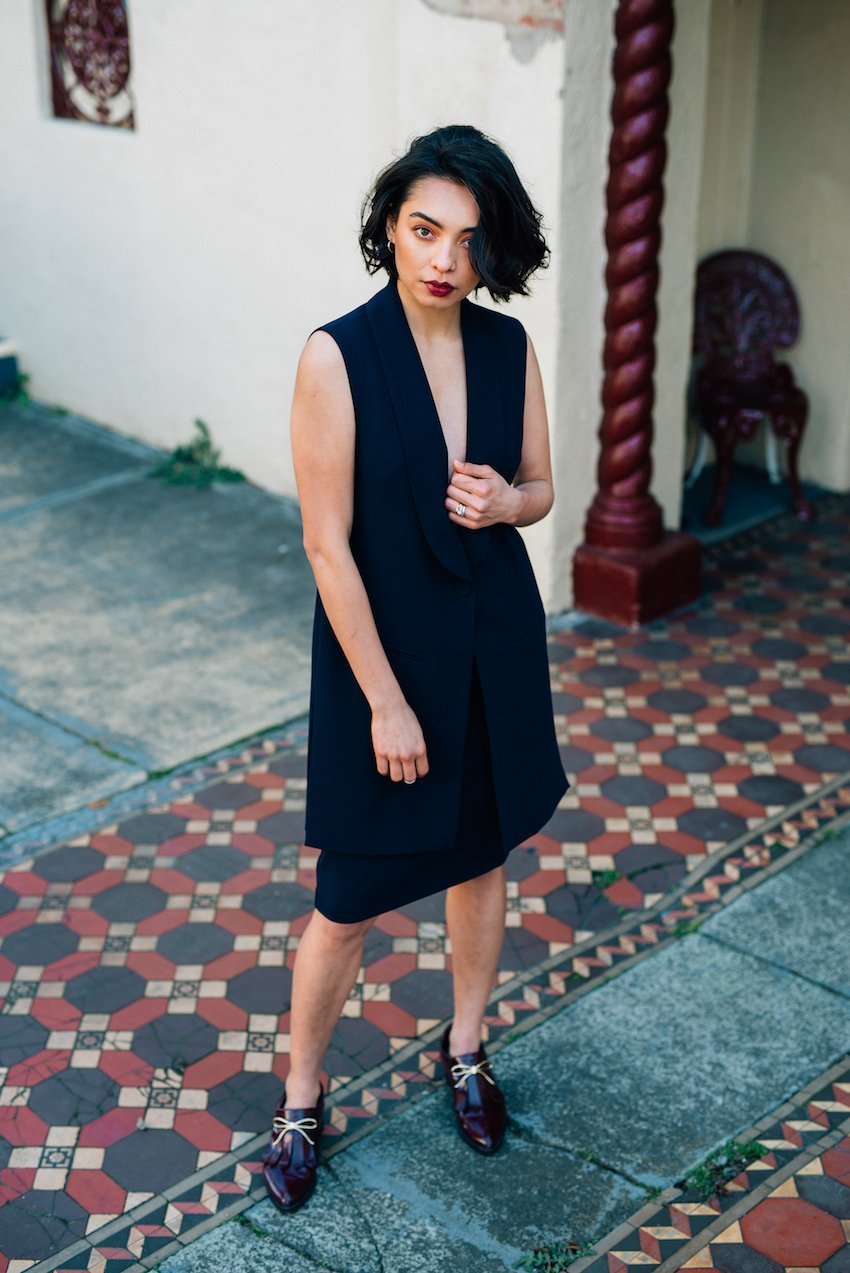 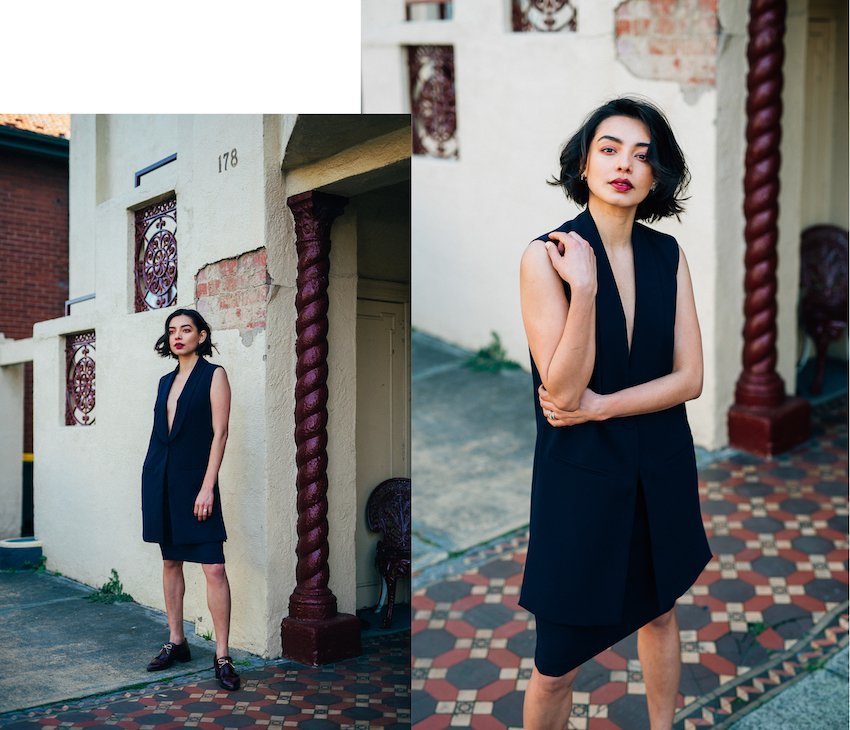 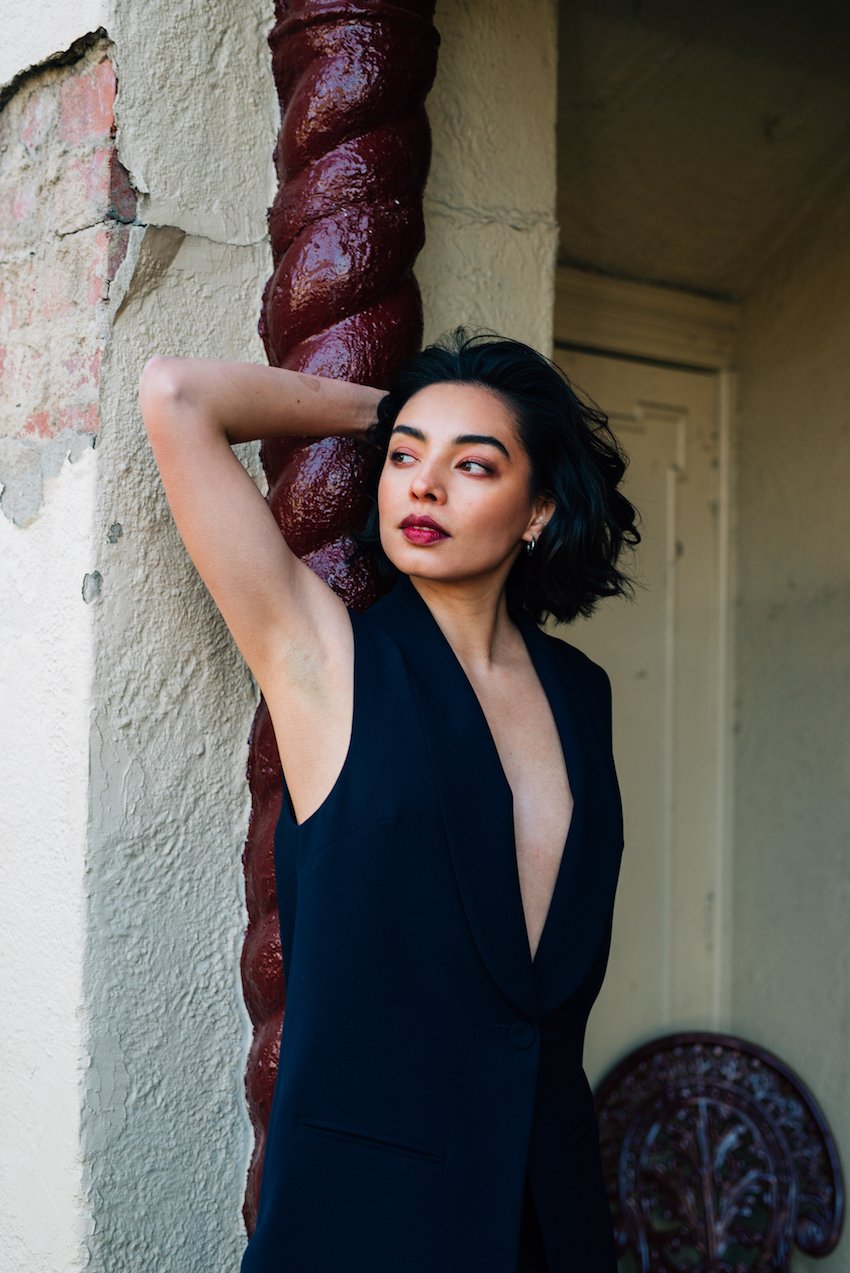 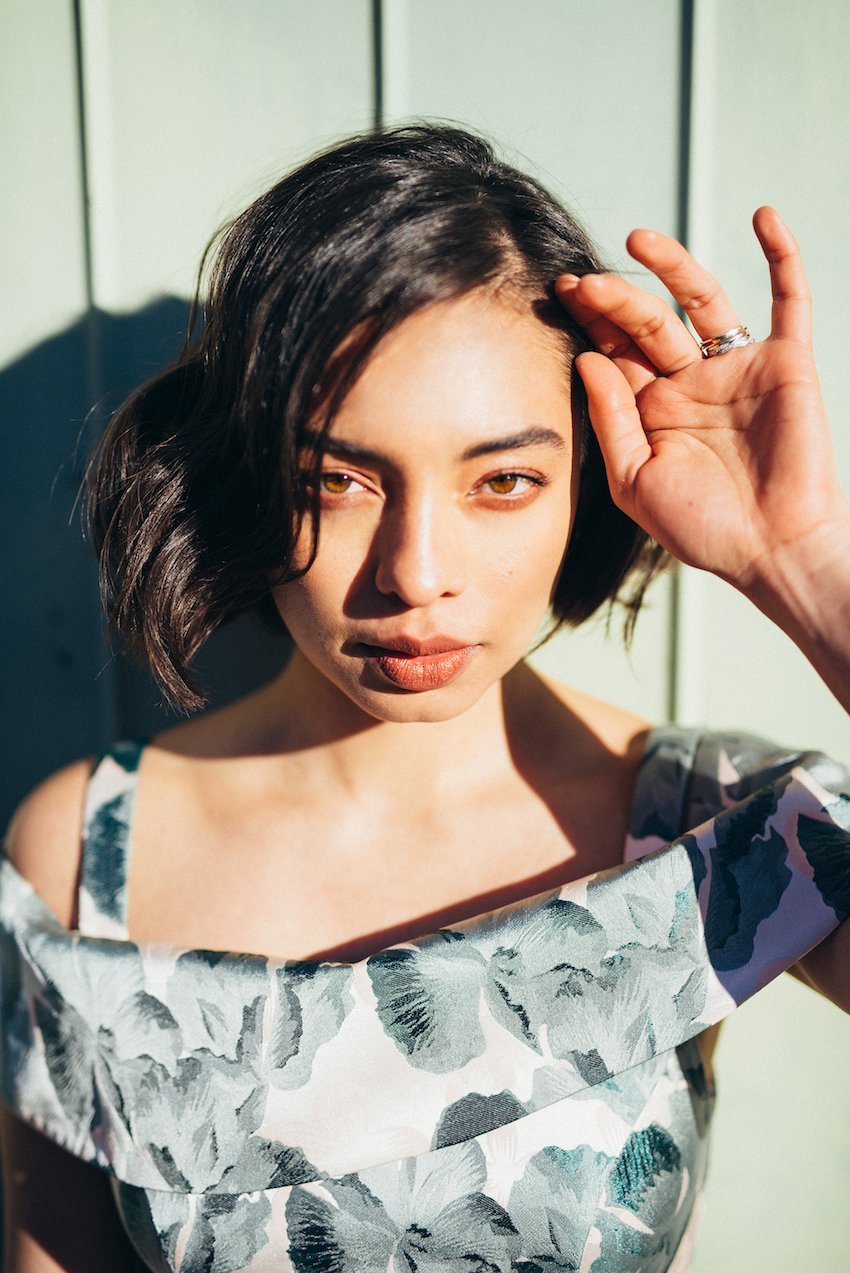 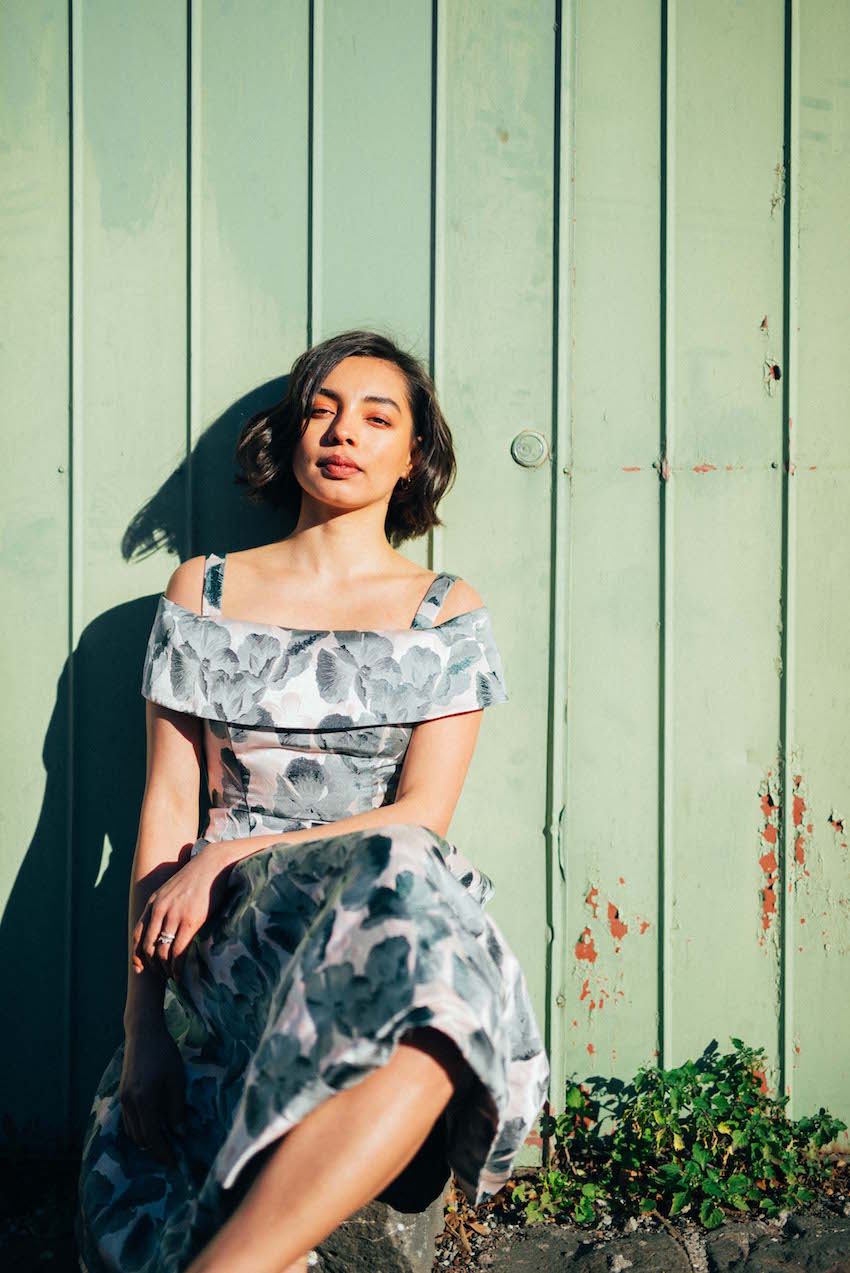 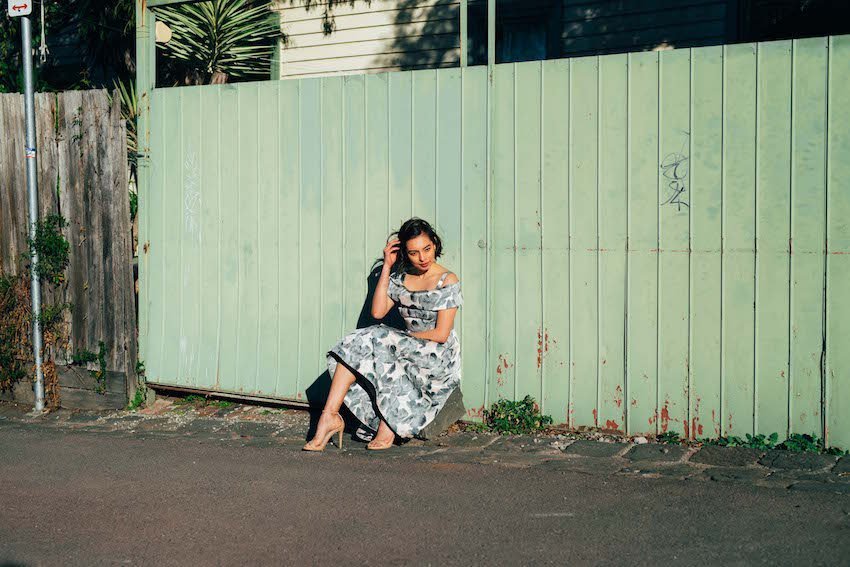 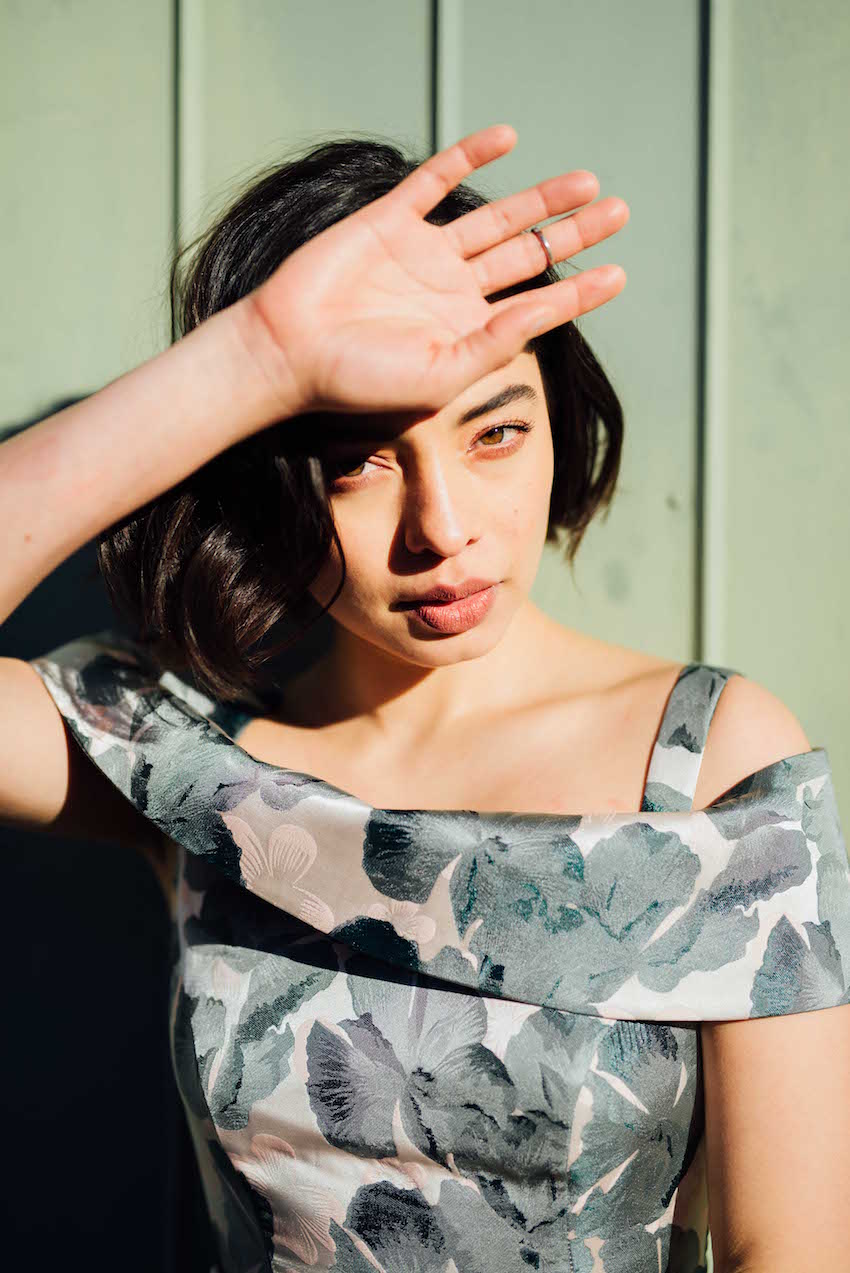