Australian fashion has frequently come under fire for its lack of cultural diversity and representation. Aboriginal models remain heavily underrepresented in fashion and modelling today, but there’s some serious talent out there.

From the names you know, the up-and-comers and even those who have given up the catwalk to pursue other dreams, here are just a few of the deadly faces who currently make up the Aboriginal and Torres Strait Islander modelling scene in Australia.

Cassie Puruntatameri was born in the Northern Territory’s Tiwi Islands, a remote community of fewer than 450 people. She was scouted by Perina Drummond of Jira Models after arriving in Melbourne on a one-way plane ticket. She’s now in demand on runways around the country and will frequently be seen at Melbourne fashion festivals.

Former rugby league player turned youth worker, underwear model and all-round role model, Casey Conway came out in 2015 during an interview in which he discussed homosexuality and Aboriginal culture, and has been an active voice within the community since.

She walks international runways for the likes of Alexander Wang, Prada, Dior, Lanvin, Balenciaga, Chanel, Mulberry, Céline, Stella McCartney and Tom Ford, to name a few. Alongside that Awabakal woman Fraser proudly mentors emerging Aboriginal models and walked alongside a number of them in the First Nations Fashion and Design Runway that spectacularly debuted this year at Australian Fashion Week.

At only 16, Cindy Renae Rostron made an enormous splash when she modelled in North designs and featured in Showroom X’s We Wear Australian campaign. Walking the runway in the First Nations Fashion and Design showcase that took Australian Fashion Week and the world by storm in 2021, in the following year along with three other Indigenous models she graced the cover of Vogue Australia. A keen TikTok-er with over 50 thousand followers, Cindy proudly shares her Bonunggu/Gardbam heritage and culture through art, dancing, singing and acting.

She’s a star on the drag circuit and she almost stole the show singlehandedly when first-time model Felicia Foxx strode the runway in an inspired gown by Paul McCann. She’s previously led the First Nations float in Sydney’s Mardi Gras. A natural when it comes to the runway, it looks like we’ll be seeing a lot more of this much-loved Kamilaroi and Dunghutti sister girl, who modelled for a number of designers in the First Nations Fashion and Design runway.

Here’s a name that you’ll soon be hearing more. Guyala Bayles has just appeared in her first acting role 6 Festivals to be released on August 11. Guyala is Birri Gubba and Wonnarua, a Model, Poet & Actress and advocate for First Nations people. Country Road, Scanlan and Theordore, Cotton On, The Iconic, Maybelline, Lanccome and so many more.

Melbourne based artist and model, currently in Switzerland, Iluka Sax-Williams is one of the rising Aboriginal and Torres Strait Islander faces in the industry today. He is signed with Jira Models. 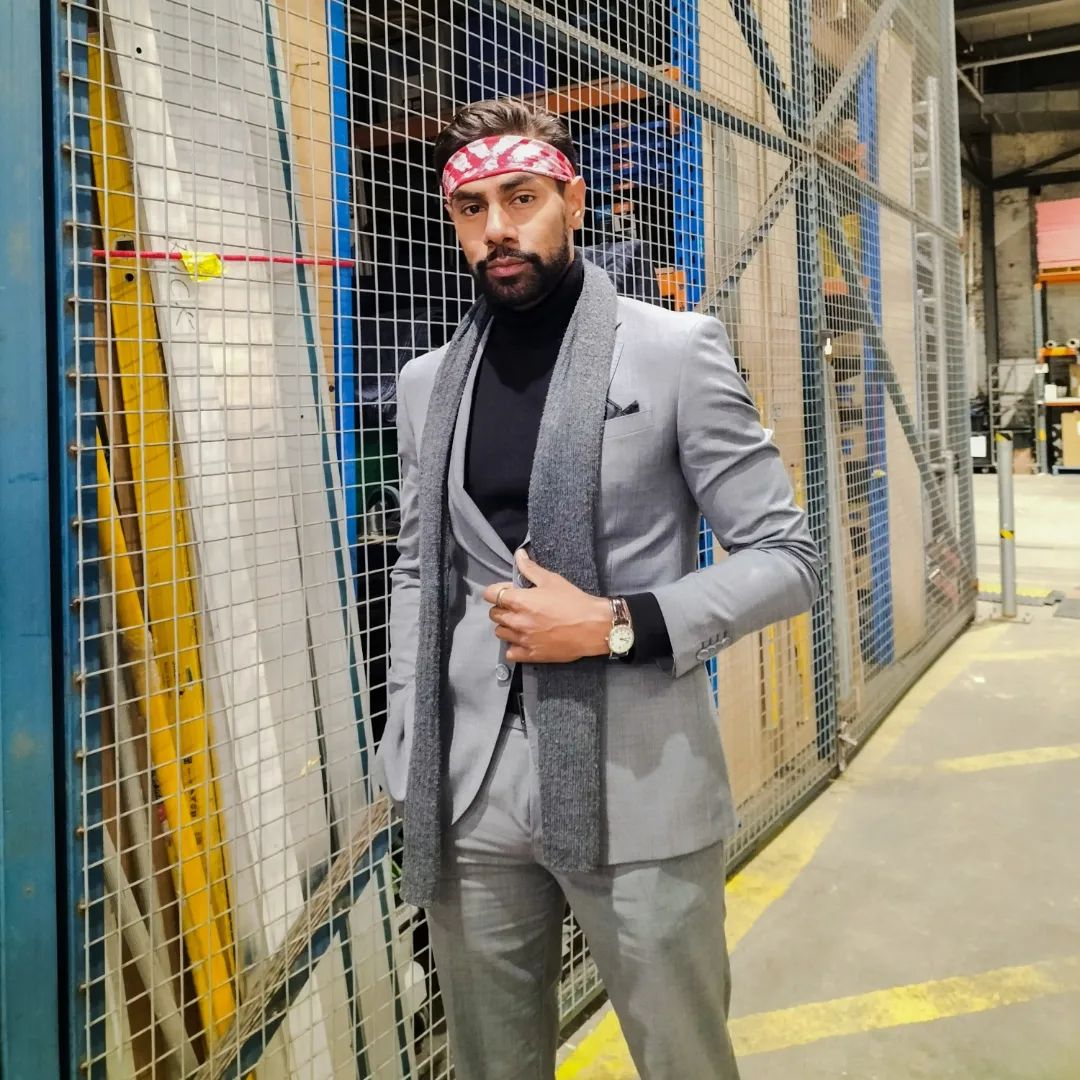 Waanyi, Djiru, Kuku Yalanji and Yindinji man Jarron Andy was first a banana farmer,  house painter and apprentice of the year before he turned his hand to modelling and acting. The first ever Indigenous home-shopping presenter, he also co-hosted a “Buy from the Bush” TV special to assist rural communities. Jarron opened the First Nations Fashion + Design Runway in 2021 at Afterpay Australian Fashion Week with a self-penned poem.  The runway was critically acclaimed and went global. 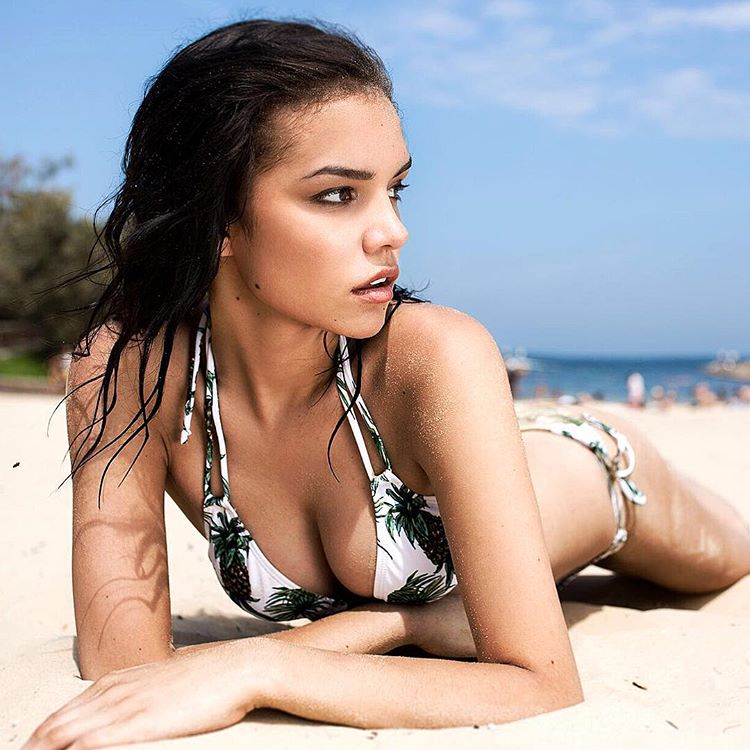 Kaitlen Dodd began modelling at 16 after being named one of the national winners of an Aboriginal Model Search. She has walked at Fashion Week in Brazil as well as in the Seychelles for Work Indigenous Fashion Week.

Ceduna-born beauty Katarina Keeler began her modelling journey as the first Aboriginal model to be the face of the Adelaide Fashion Festival in 2014. Keeler has since followed her passion for nursing, completing her studies in Adelaide and is currently working as a registered nurse in Darwin.

Lilla Lowanna has fronted many fashion campaigns and graced catwalks during MBFWA and Australian Indigenous Fashion Week. This stunner is bound to continue making waves as a model.

Lisa Fatnowna is an outstanding hockey player and youth advocate who has mentored young Indigenous players through “Aspire to be Deadly”, an outreach and empowerment program. Described as an “empowering beauty” by Grazia magazine, Lisa has modelled for Tommy Hilfiger amongst others and was named by Afterpay Australian Fashion Week as a Change Maker.

Former Bangarra dancer who toured internationally with the accclaimed dance troupe, Luke Currie-Richardson’s face dominated the digital backdrop of the First Nations Fashion and Design runway at Fashion Week. Luke is a descendant of the Kuku Yalanji and Djabugay peoples, the Munaldjali Clan of South East Queensland and the Meriam people of the Eastern Torres Strait Islands. He performed the official opening, the Welcome to Country, with members of Muggera Cultural Enterprise.

Featured as one of four Indigenous models on the cover of Vogue in May 2022, Magnolia Maymuru was first discovered in 2016 when she became the first Aboriginal woman to represent the Norther Territory in the Miss World Australia final. Proud Yolngu woman, Magnolia is also an actress, having appeared recently in High Ground (2020) and The Nightingale (2019) for which she received an Australian Academy of Cinema and Television Arts Award for Best Supporting Actress. An Ambassador for Swisse Wellness Australia, she also appears on the runway for Chadstone, David Jones, the Darwin Art Fair amongst others.

Before he became a model and an actor, Nathan McGuire played for the Perth Thundersticks and was in the Australian hockey team’s development squad. Named by GQ magazine as the “Face of the Future”, Noongar-Whadjuk man Nathan walked the runway at Fashion Week for Bassike. During the festival, he was also spotted in the front row, particularly showing his support for the Aboriginal and Torres Strait Islander designer runways. Nathan is the one that started it all for Blak male models and was involved in “Walking in Two Worlds”, the first mentoring, fashion, design and cultural showcase by First Nations Fashion and Design in 2020. Nathan is an ambassador for the Australian Literacy and Numeracy Foundation, and was named by Afterpay Australian Fashion week as a Change Maker.

Rising actor and model Perry Mooney is from Queensland, of Aboriginal, South Sea Islander and Irish descent. One of the leading models in the Cairns Indigenous Art Fair, Perry is also a model mentor and featured alongside Charlee Fraser in the Walking in Two World’s fashion, art and cultural exhibition staged by First Nations Fashion and Design in December last year.

Bundjalung man Pierce Jones was a champion high-jumper and Touch Rugby League player before trading his sports gear for more sartorial outfits gracing Australia’s biggest fashion runway. Along with Lisa Fatnowna he modelled First Nations Fashion and Design garments during the official and first ever Welcome to Country at Australian Fashion week, before gracing the runway a few days later for FNF+D.

After a 15-year strong career, Samantha Harris is one of the biggest names in Australian fashion. Harris is the second Aboriginal woman, after Elaine George (1993), to land a Vogue cover. Samantha began her career through Girlfriend magazine at just 11 years old.

Sarsha is a Perth based model and daughter of former Fremantle Dockers player Scott Chisholm. While she’s only been agency signed for a couple of years, Chisholm has already shot for the likes of Target and M.A.C Cosmetics, as well as landing a RUSSH magazine cover.