Trending
You are at:Home»Latest»Perth Fashion Festival – The Show Must Go On
By Cocktail Revolution on April 1, 2019 Latest, Our Say

There was always going to be fallout. And Mariella Harvey-Hanrahan, co-founder and creative director of Perth’s fashion festival was heavily criticised for doing so. However, when  Harvey-Hanrahan signed on the dotted line with Optus Stadium, she was more likely than not, already aware that 2018 would be the last year of Telstra’s sponsorship deal.

What the festival’s critics fail to realise, cocooned as they are over in the west, is that Perth’s women’s fashion festival is more inclusive, more creative, more memorable and more entertaining than most of the country’s other fashion festivals put together.

The crew from Cocktail Revolution travel to most of Australia’s biggest fashion festivals. We may be the only ones to have done so regularly over the last five years.  Take it from us. More than any other festival, we always look forward to seeing how Perth is going to showcase the state’s design and creative talent.  Normally, by the end of a week long fashion festival, you’d be forgiven for getting a little fuzzy about the runway presentations and confusing who presented what.  Not so with Perth. The incredible production value on display in Perth means that the work of each featured designer stays clear in the mind, years after the showcase has been held.  That doesn’t happen often, anywhere else. Yet it happens every single year in Perth.

Our first view of the highly original creative work of 33 Poets will remain for us for years. We’ll never forget Adam Heath’s retrospective runway celebrating 50 years of fashion and music in 2016. Who can forget Docker’s captain Nat Fyfe opening Parker Menswear’s incredible runway in 2017? Or Wheels and Dollbaby’s finale in the same year. Or the festival finale at the Perth Art Gallery? Or its showcase of new women’s fashion designer talent through it’s WA Designer Capsule? While other fashion festivals barely acknowledge traditional owners, the Perth Fashion Festival hosts an Aboriginal runway of top design and model talent. Look at how inclusive the festival is via their Multicultural Runway. The list could go on and on… 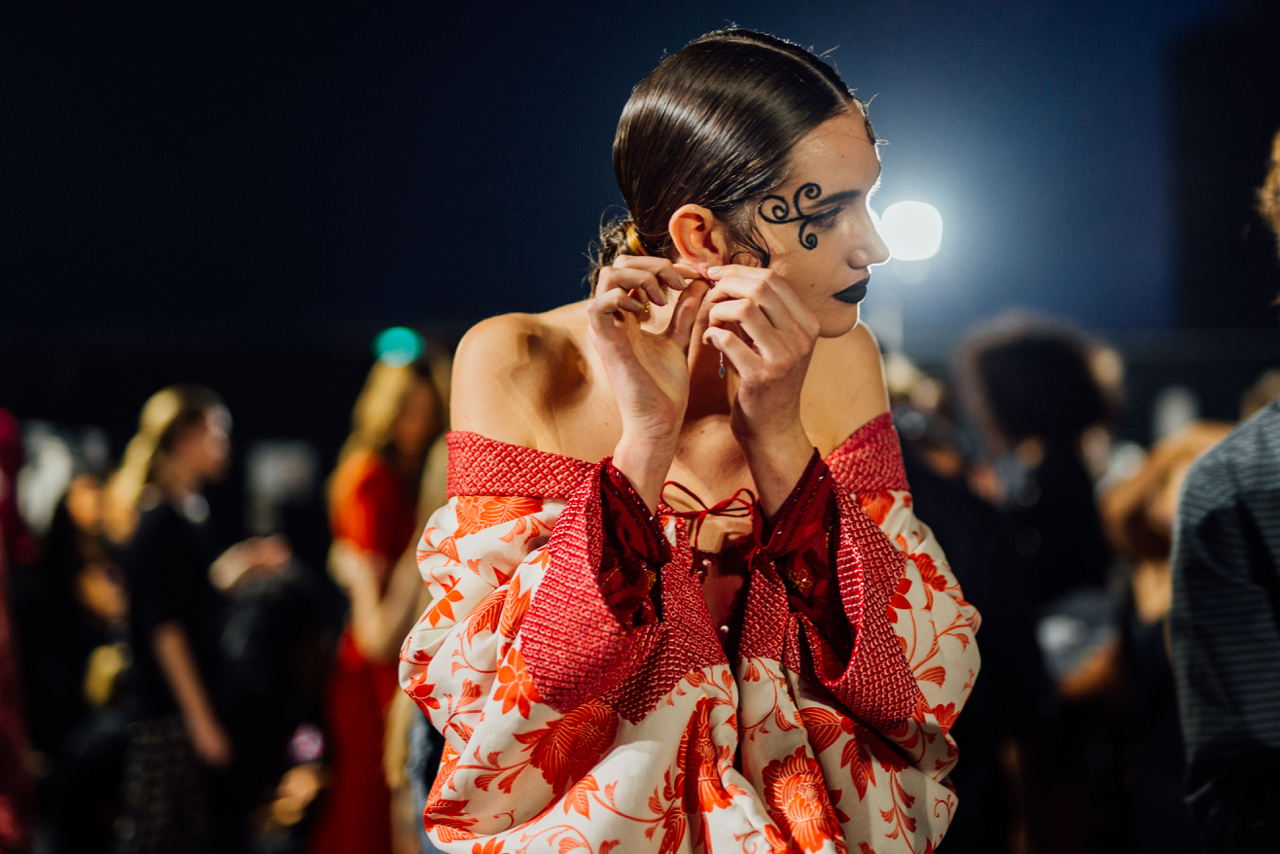 The Perth Fashion Festival punches well above its weight. It has done a lot to bolster the fortunes of it’s local designers of women’s fashion. While a number have recently folded in these tough times, it can be argued that they lasted as long as they did because of the incredible promotions provided to Perth’s fashion lovers by the festival.

SUBSCRIBE NOW
To Keep Up to Date with Australian Style & Fashion

For the first time since 2012, Cocktail Revolution has suspended our regular weekly street style photography and gallery.  Instead – please tag us on Instagram #cocktailrevolution @cocktailrev from your home! Stay home if you can. Stay safe.