Perth retail company Parker and Co hosted an entertainingly dazzling display of international menswear at the Telstra Perth Fashion Festival last night. Quite simply, anyone who wasn’t there to see it absolutely missed out. Big time.

It opened with cheers for popular Dockers Captain Nat Fyfe in his first ever modelling gig. Cheers also broke out for each of the celebrity models. The line-up included internationally renowned father and son duo Remco and Aad Van Der Linden from The Netherlands, and  Melbourne-based beauty Elle Brittain.

Everything in the show was about craftsmanship. And quality. With brands including Z Zegna, Jacob Cohen, Pal Zileri, Haikure and Crossley, it was all top notch menswear.

This was also a runway on message. With “Love is Love” and giant blue hearts painted across the backs of shirtless men, the runway models connected with the audience like we haven’t seen before. Ever. This wasn’t just a runway show. It was a spectacle, with models hat-flipping, strutting and pausing to preen at the end of the runway.  Women modelling menswear added a touch of genius. Who doesn’t want to see a beautiful set of legs in a finely tailored men’s suit jacket and not much more?  #ART From distressed denim to classic tuxedos this was one runway offering that had it all.

We caught a bit of pre-show action along with the fabulous runway dazzle. 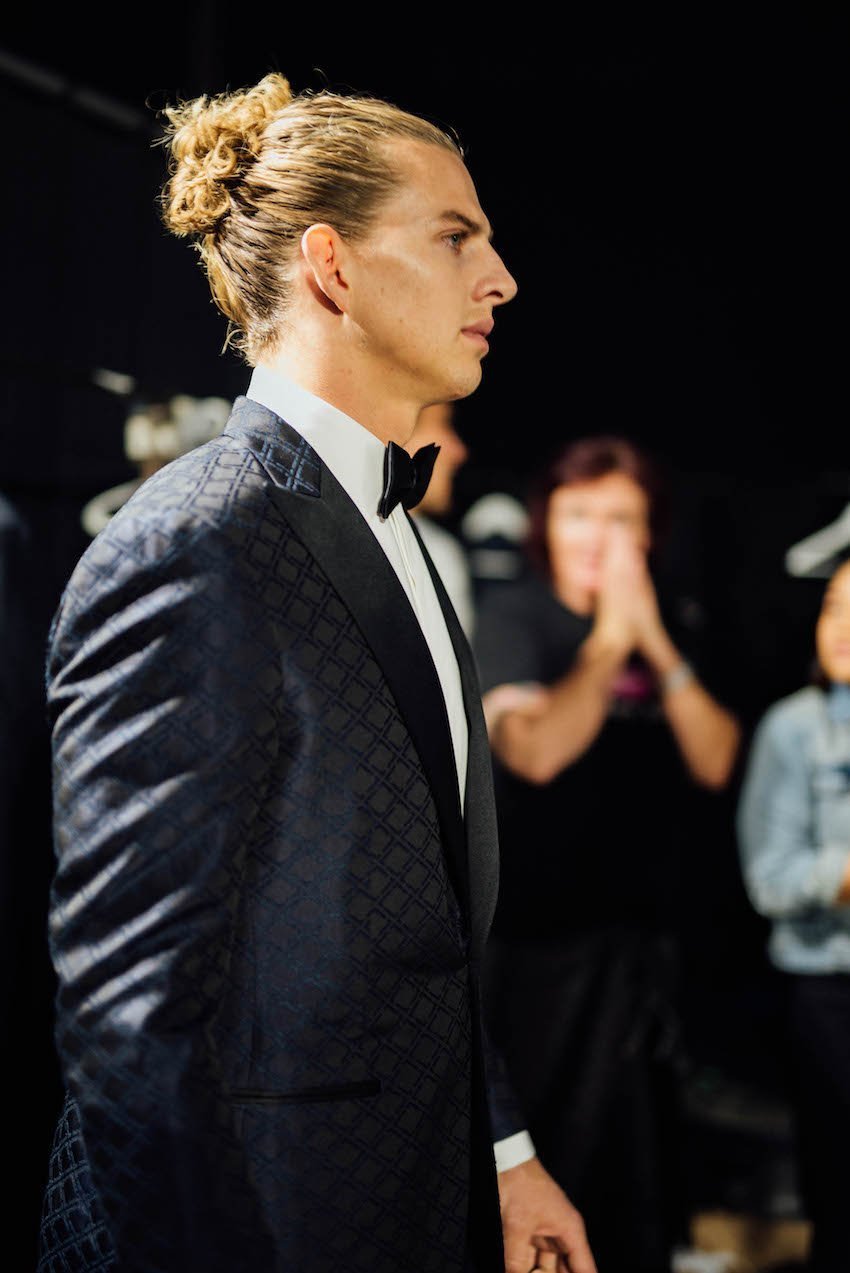 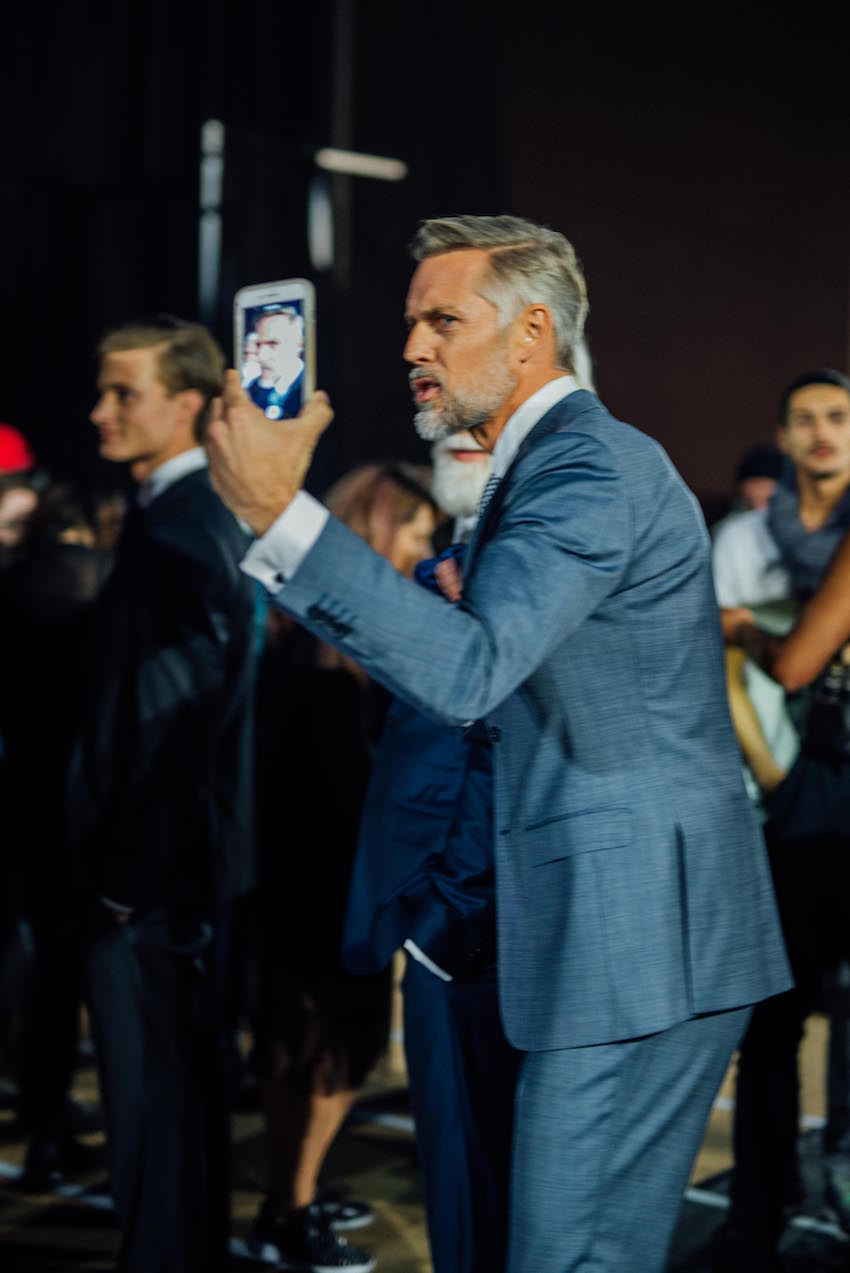 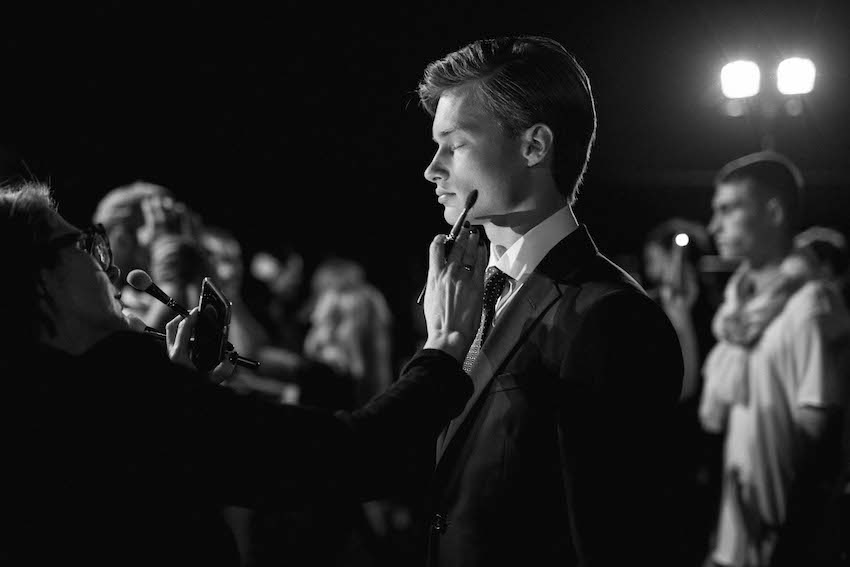 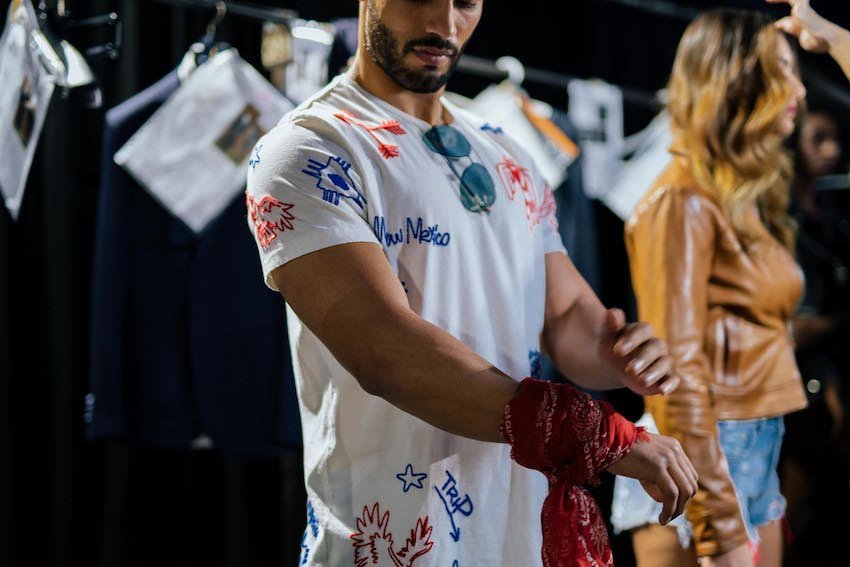 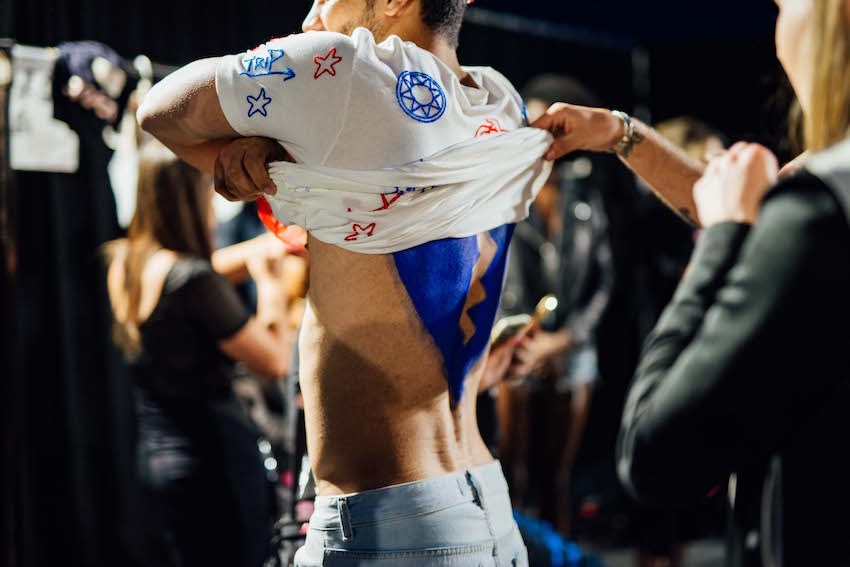 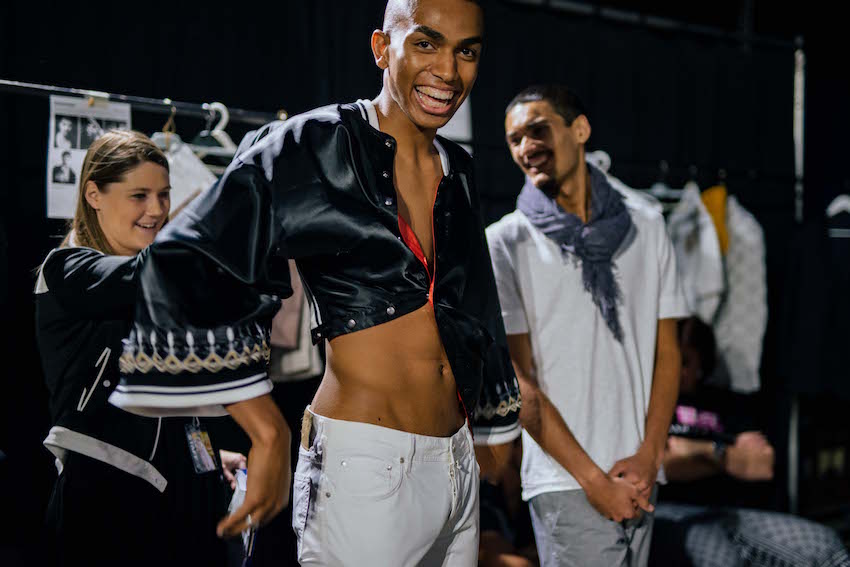 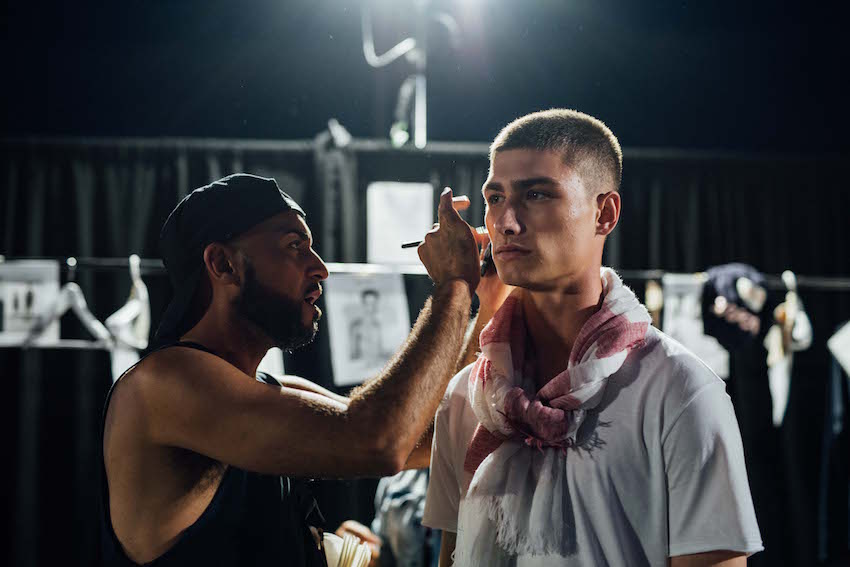 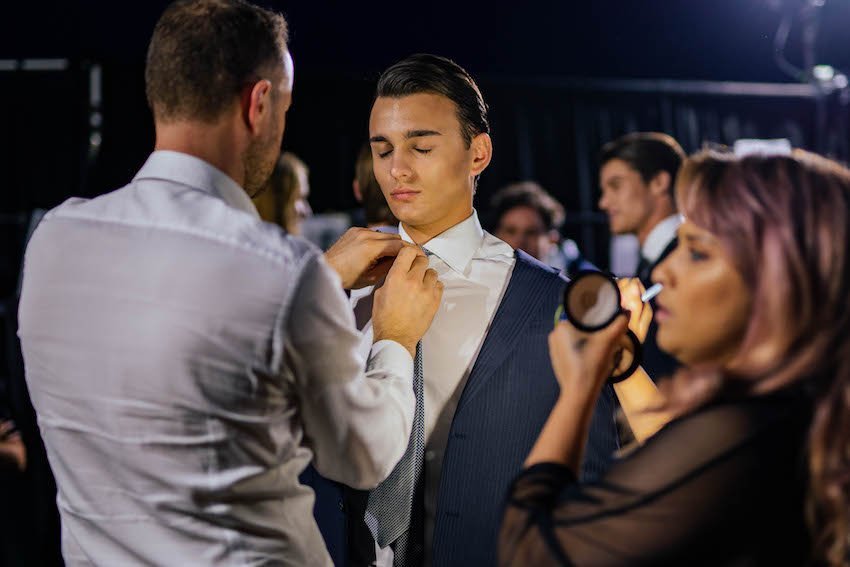 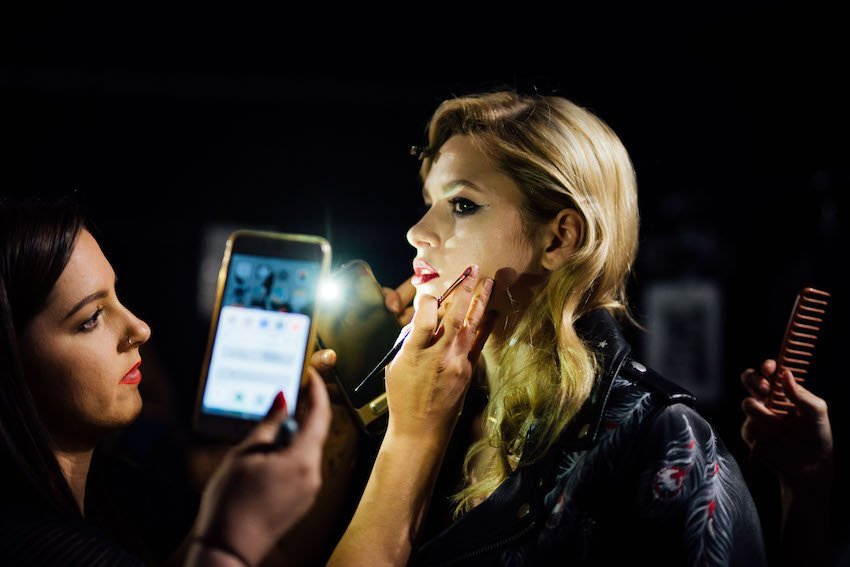 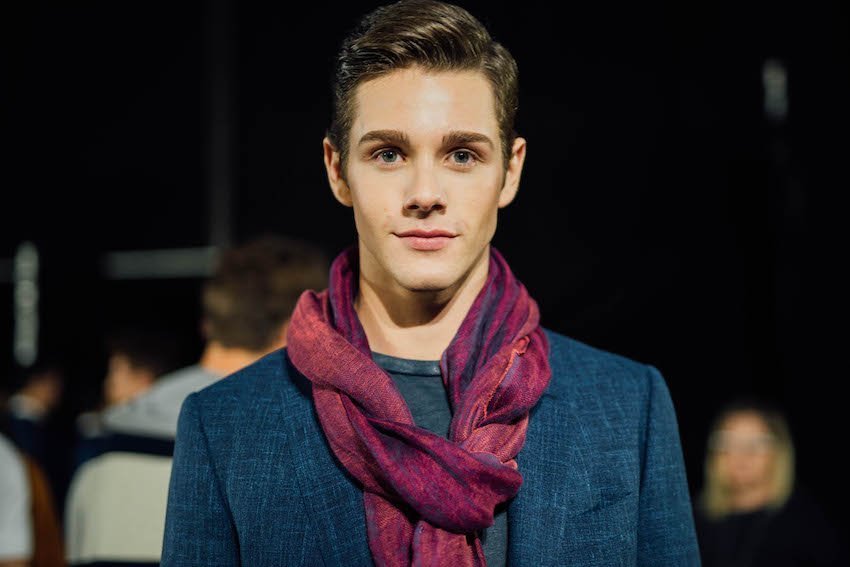 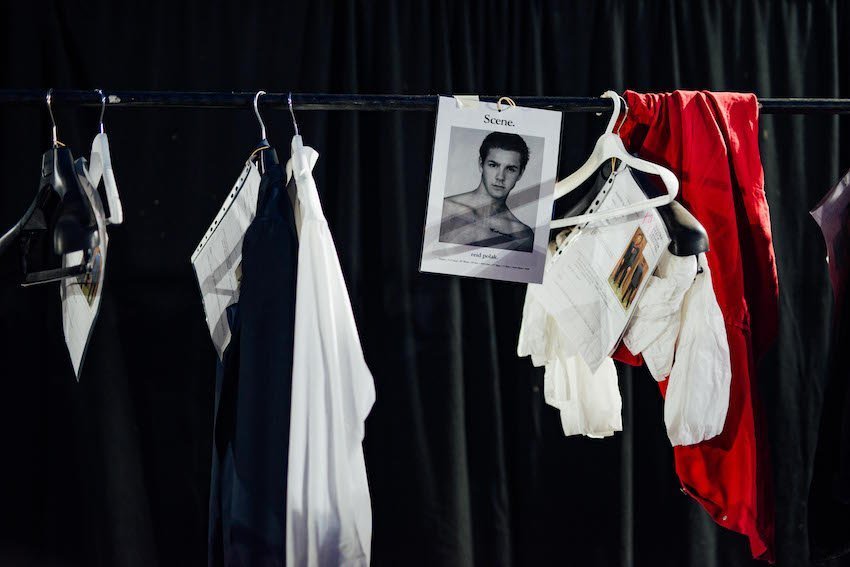 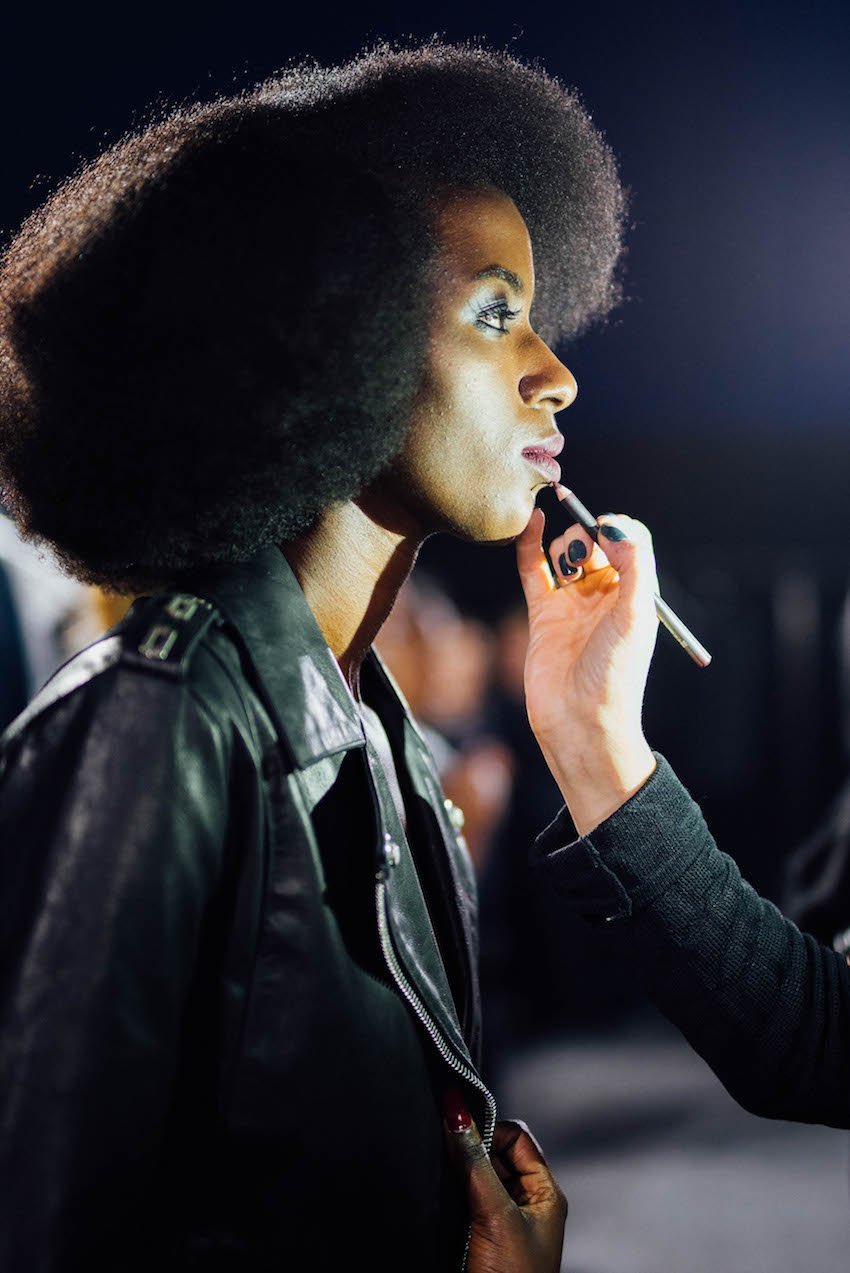 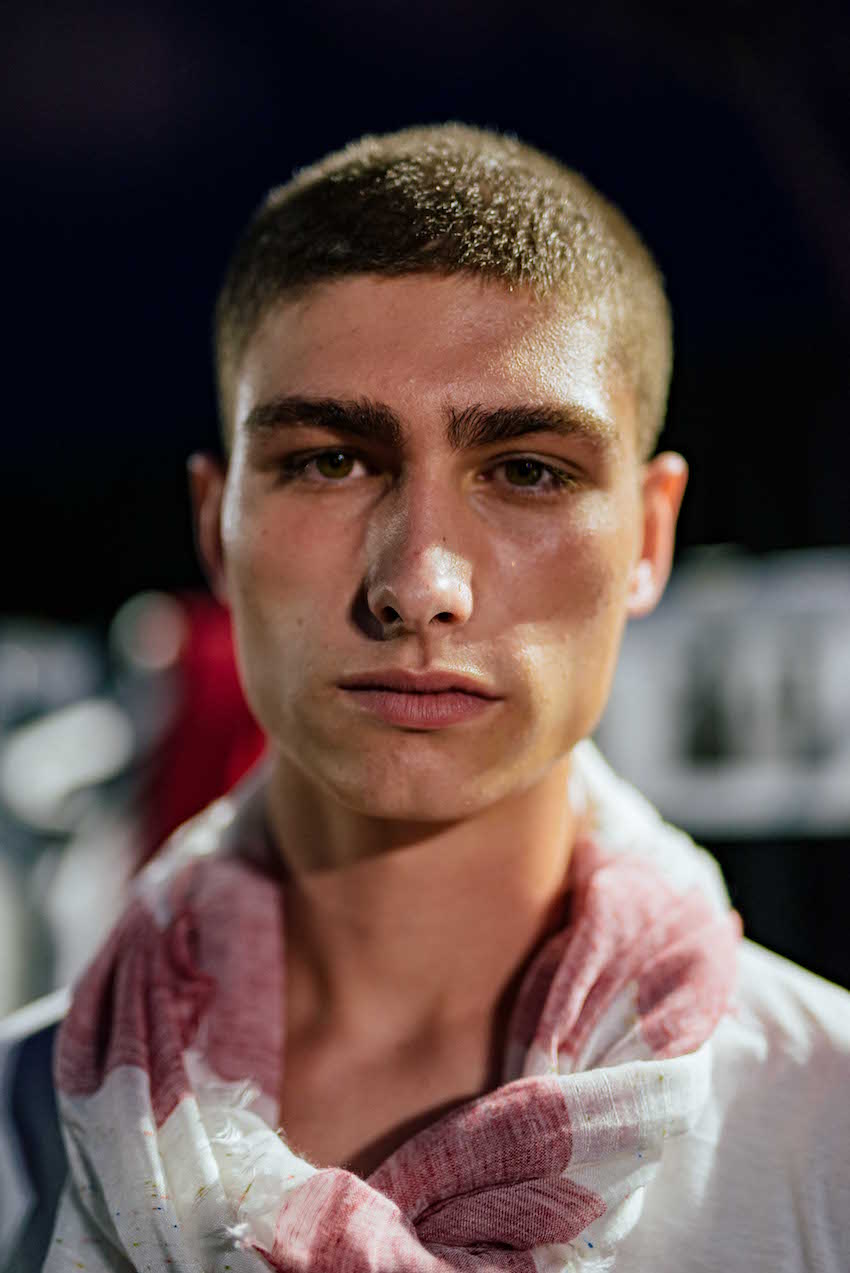 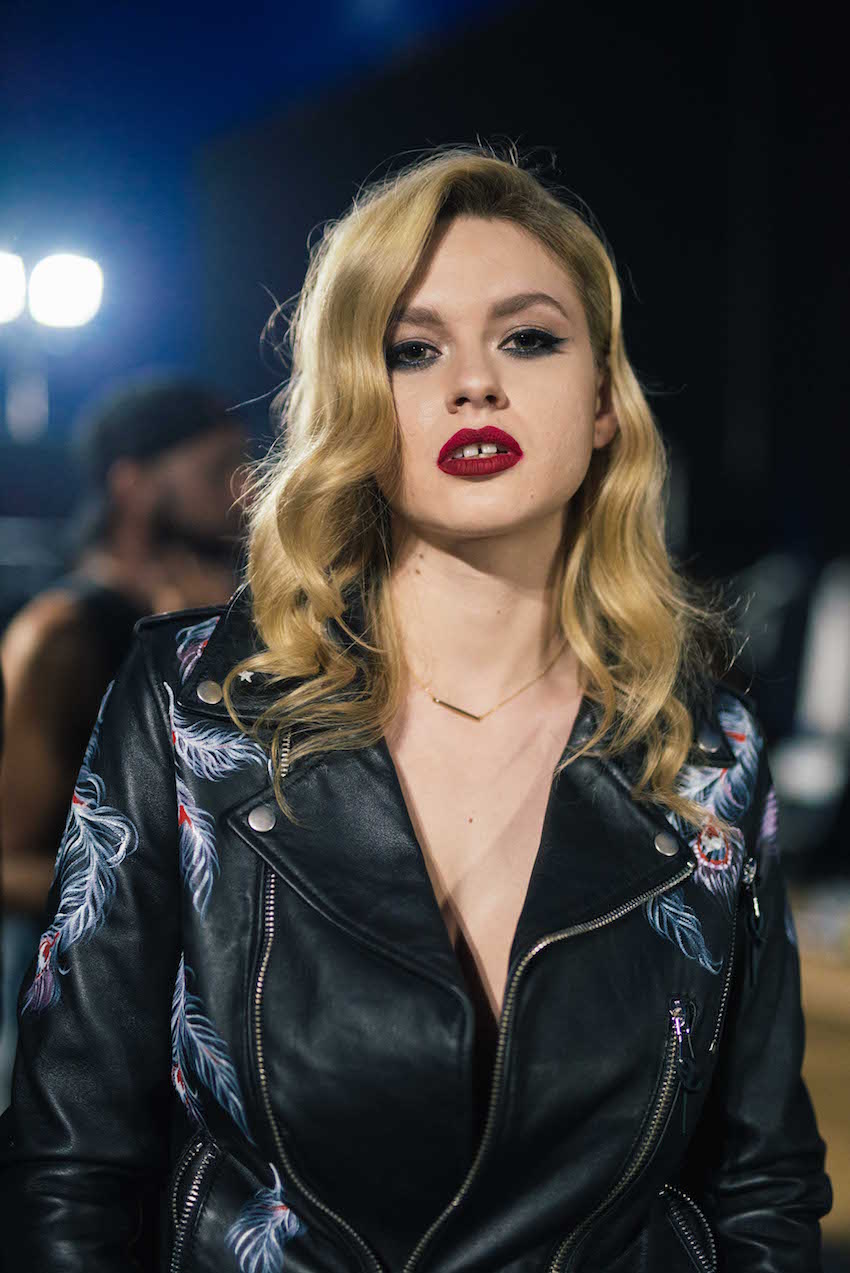 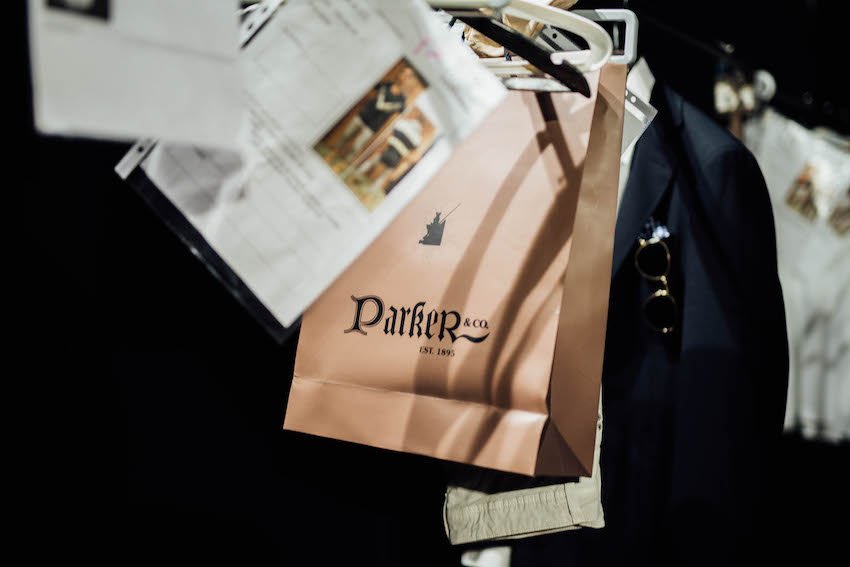 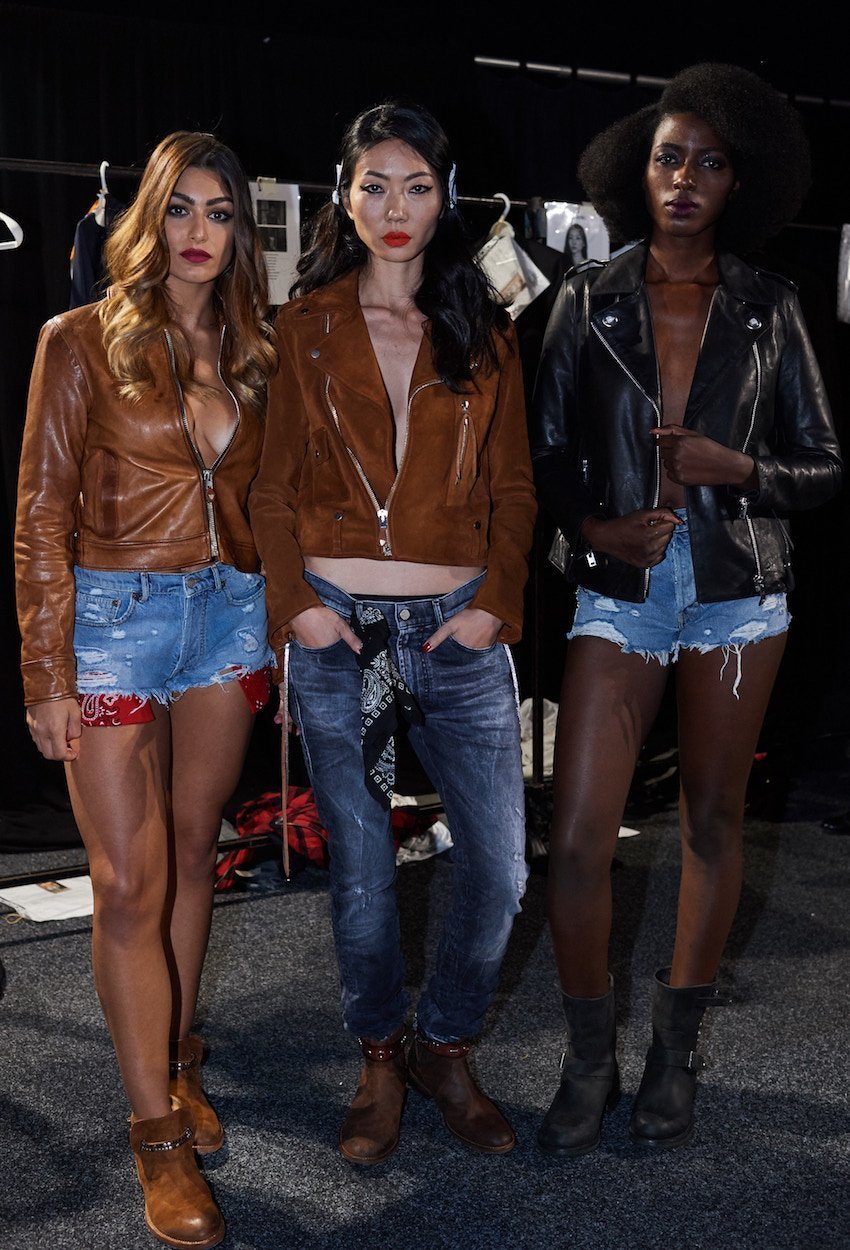 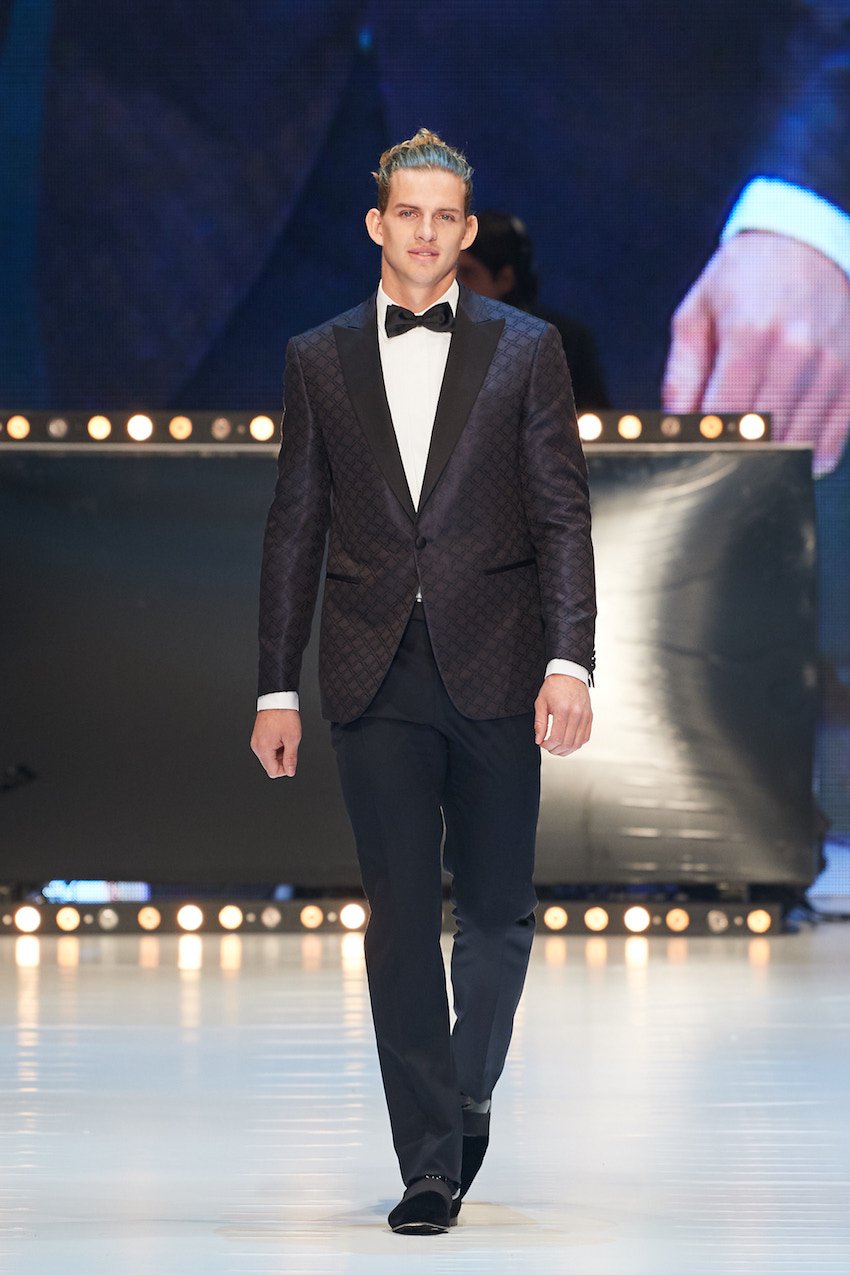 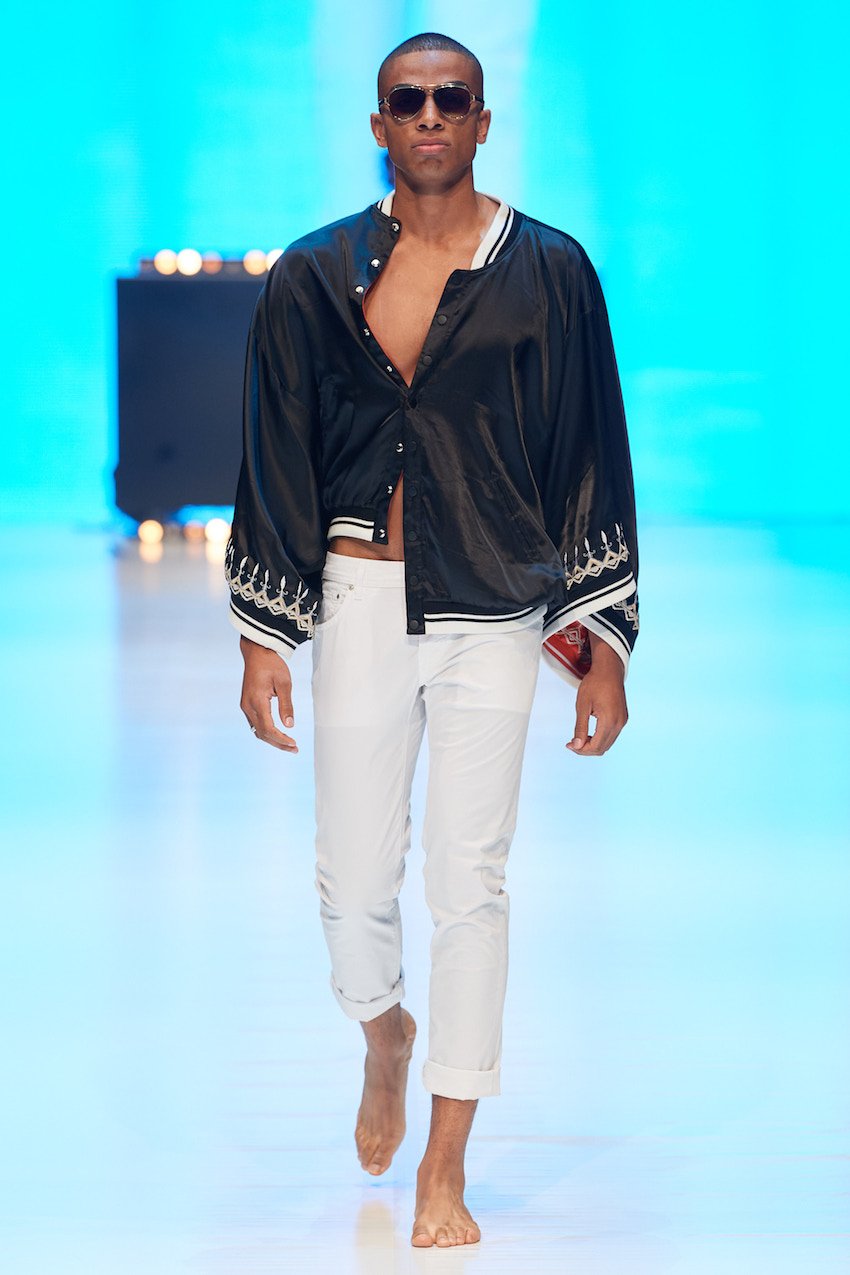 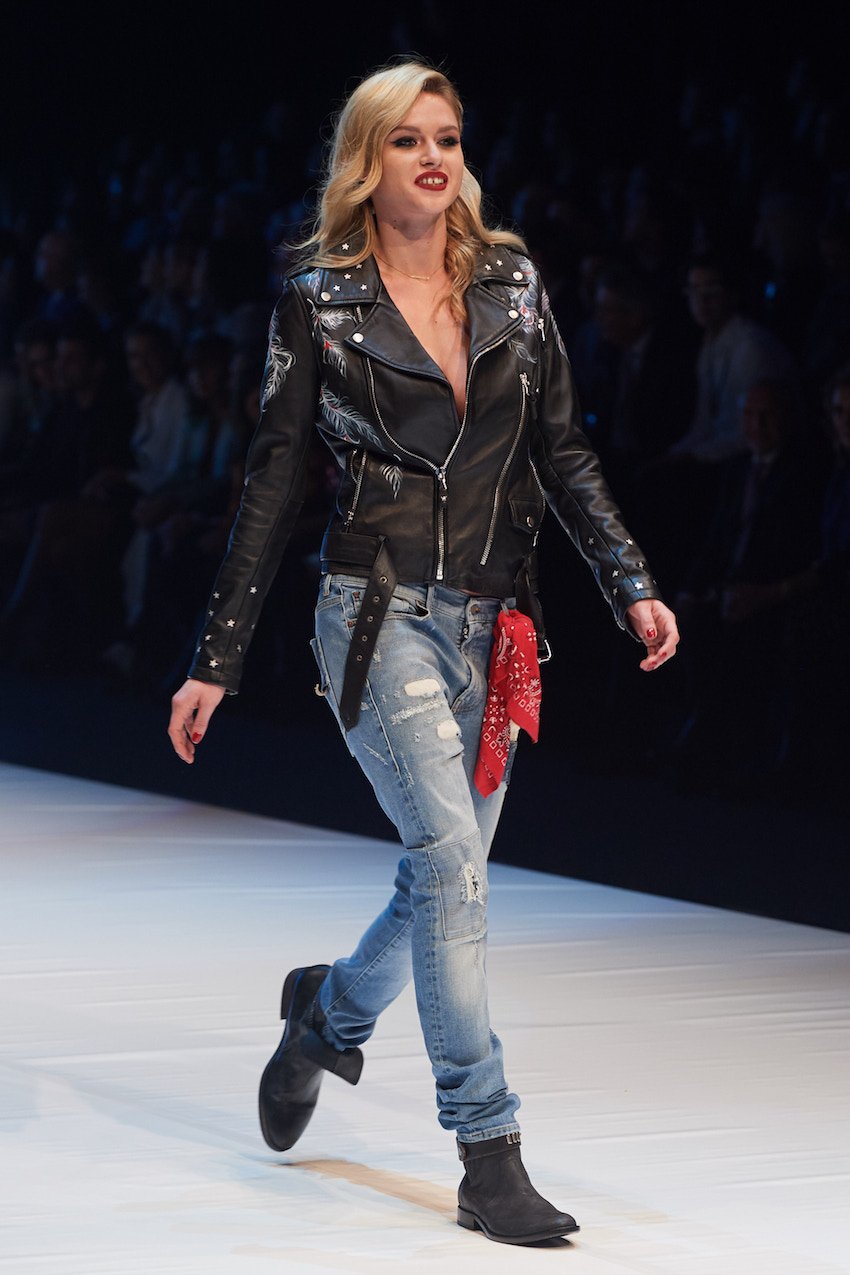 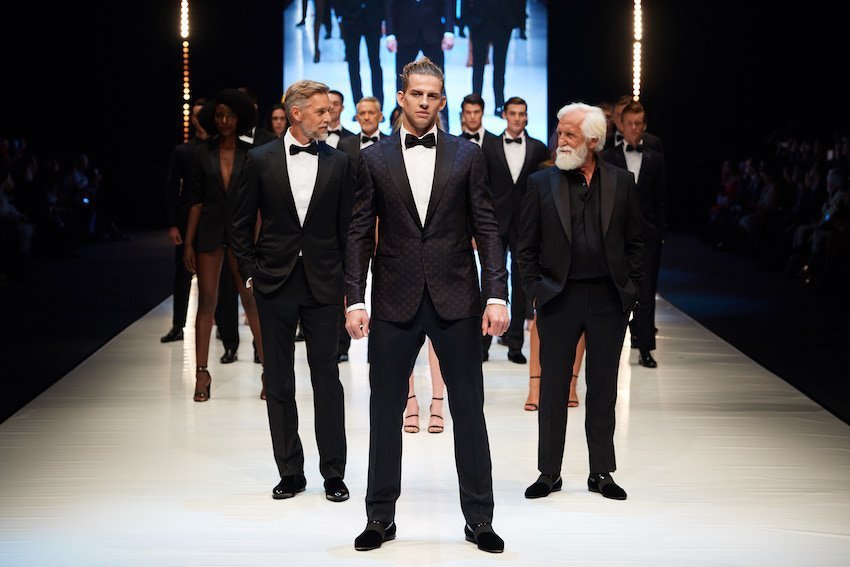