Q and A with Antoinette Raphael
Designer of RAW WAR

We caught up with Perth designer Antoinette Raphael to find out more about her unisex streetwear label RAW WAR, launched  in 2016. The brand is based on Raphael’s own individual style that has been described as quirky, edgy, and androgynous,

How did you come up with the name RAW WAR?

RAW WAR came to me in an epiphany. I was scribbling my initials, AWR, and realised that they created two interesting words: ‘RAW’ and ‘WAR.’ I was surprised that together they summarised the style I both dress and design. I knew it was going to be my brand name. 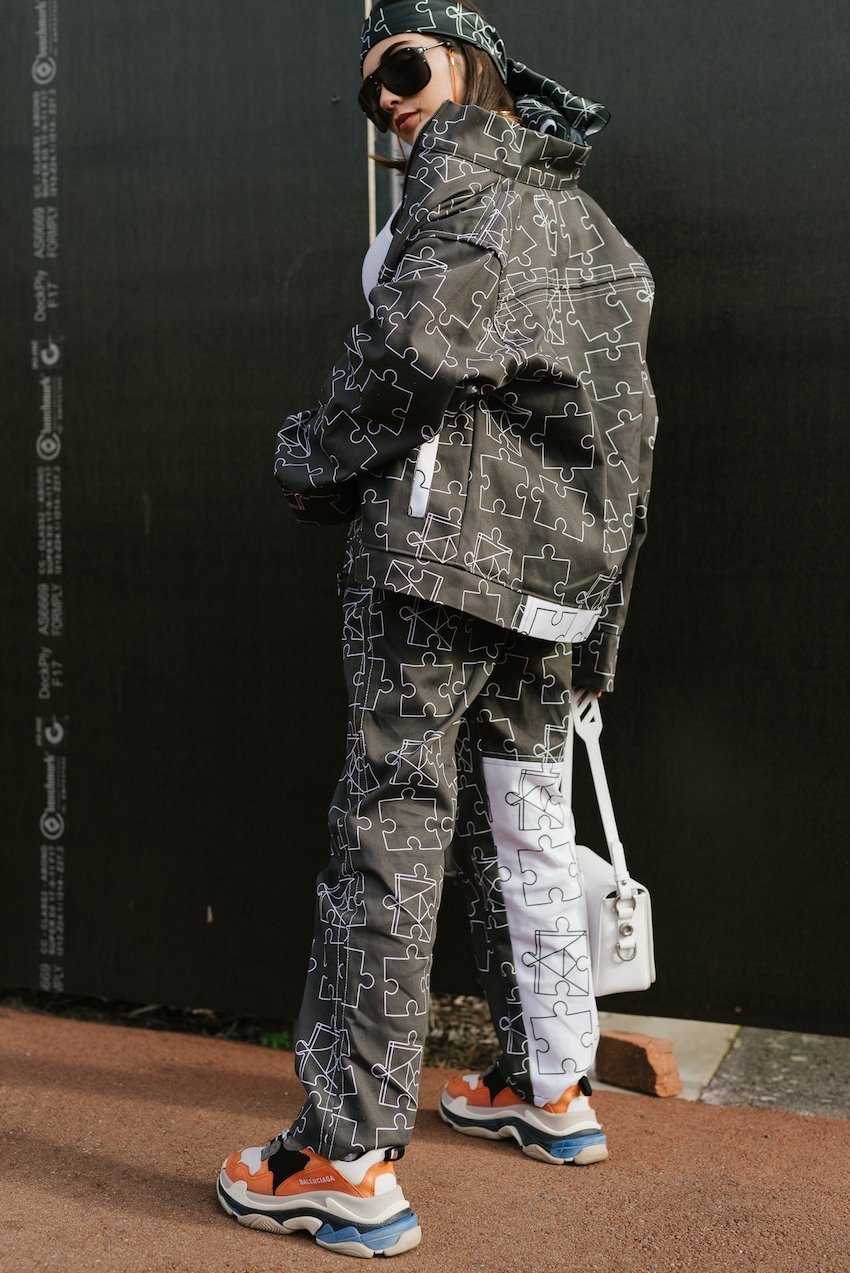 It’s relatable, comfortable, androgynous and characteristic. Nothing makes an individual more confident than when they are comfortable in their clothing. This is why I wear streetwear a lot and why I like to design under this genre. Streetwear also allows for gender tagged clothing to be blurred,  providing the wearer with more freedom to dress how they like.

What makes RAW WAR so distinctive?

The main reason for RAW WAR’s distinctiveness is that it is a reflection of my own personal style. To specifically break it down, there are several opposing hybrids that the brand’s aesthetic is made of. These are streetwear, bold colours, bold prints, high level finishing, Oriental influence (shapes and colours) and Middle Eastern influence (textures and fabrics). 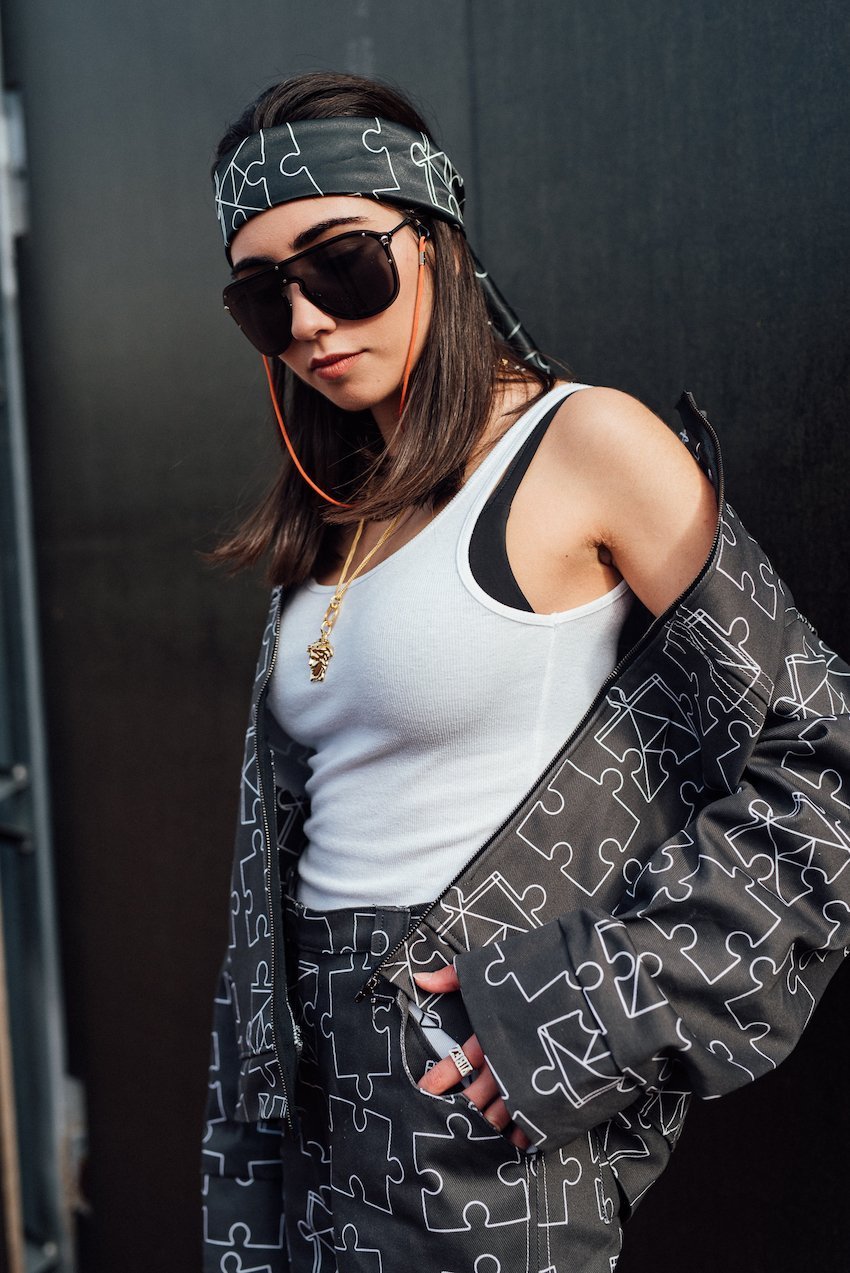 Since launching your label in 2017, RAW WAR has appeared in Face Fashion, Vogue, and London Fashion Week. How did these contribute to your growth as a designer and the growth of your label?

Being such a young brand, I am absolutely blessed to have the milestones I have accomplished in this short amount of time.

The first is the feature in Melbourne’s fashion showcase event, Face Fashion. This showcase saw a large increase in social media following and grew the brand’s community. This showcase also provided the brand with rich content/photography, which began to strengthen the identity of the brand on social media. This event was also where I met Denzel who was a model for the show. Building a connection with Denzel from this showcase paid off one year later, when he wore a RAW WAR garment during his performance on ‘The Voice Australia.’

The second was an invitation to be featured in British Vogue as one of the Designer Profiles. Being featured in an internationally renowned publication was a dream come true. It allowed for RAW WAR to be placed in front of a global market, as well the British market. 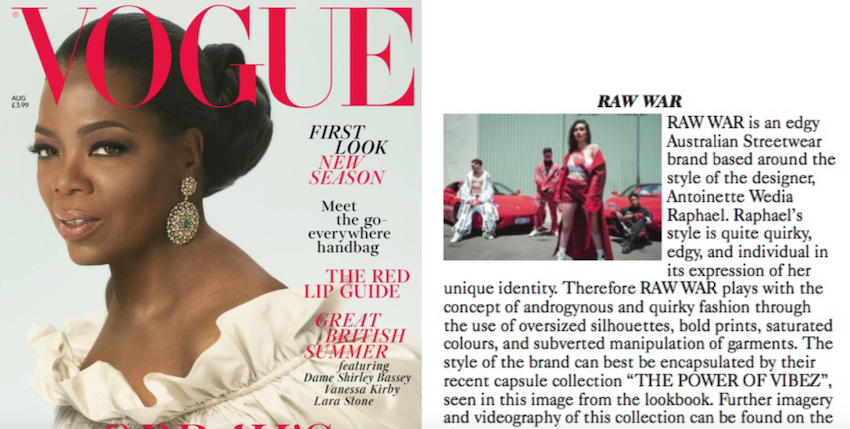 Then I received an invitation to showcase my collection at London Fashion week for SS19. This was an absolutely incredible experience that I consider to be the biggest moment for the brand. International recognition and credibility began and I was able to connect with several people in fashion who had also travelled to the  the UK to be in London for Fashion Week.

Each of these milestones had a positive effect on my growth as a designer and on my retail business. I grew more confident to never stop chasing this crazy, but possible dream. 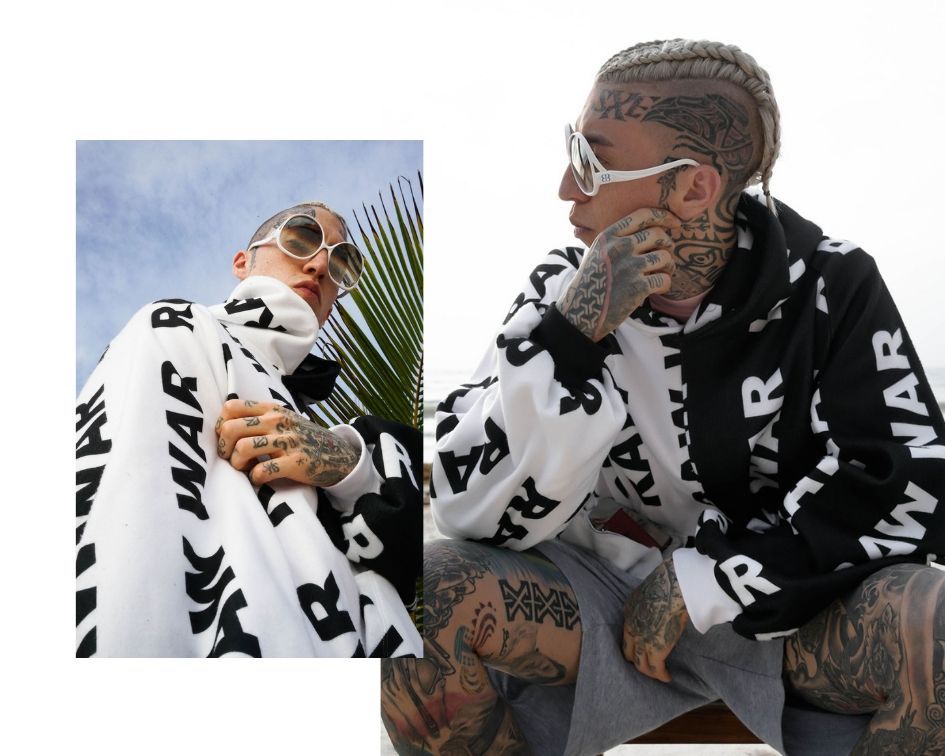 Tell us about the typical RAW WAR customer?

The typical RAW WAR customer is not of a specific age, but ranges from 12 to 50. They prefer unique styling and clothing. They chase their dreams and are determined to succeed, like me.

Are there specific challenges for a gender-neutral/unisex-label?

The majority of RAW WAR’s pieces are unisex, however I still do design pieces and mould sizes around genders.  The main challenge is in deciding and working on sizing to fit both genders. 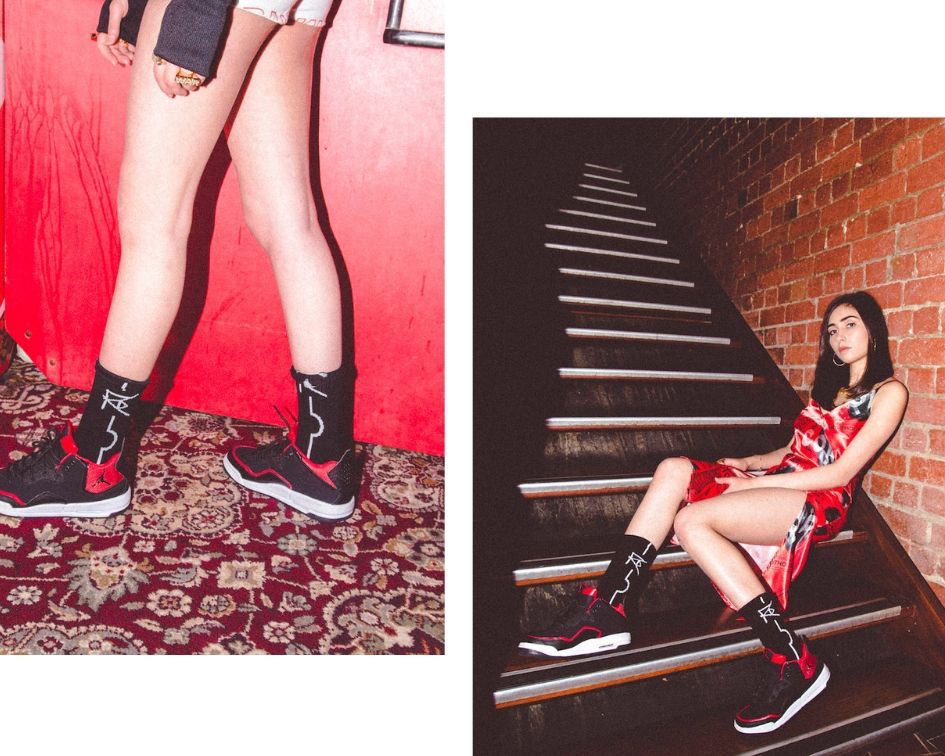 What are your biggest challenges in the world of fashion design?

My biggest challenges are first, finding the balance between sharing my work on social media, while protecting the brand from being copied.  The second challenge is in finding the individuals who value unique fashion and experimental style – my market. It’s an exciting process, but will be an ongoing journey. And third, there’s a challenge in being a female in a male dominated fashion genre (menswear/streetwear). But I also find it exciting to know I am in a minority. 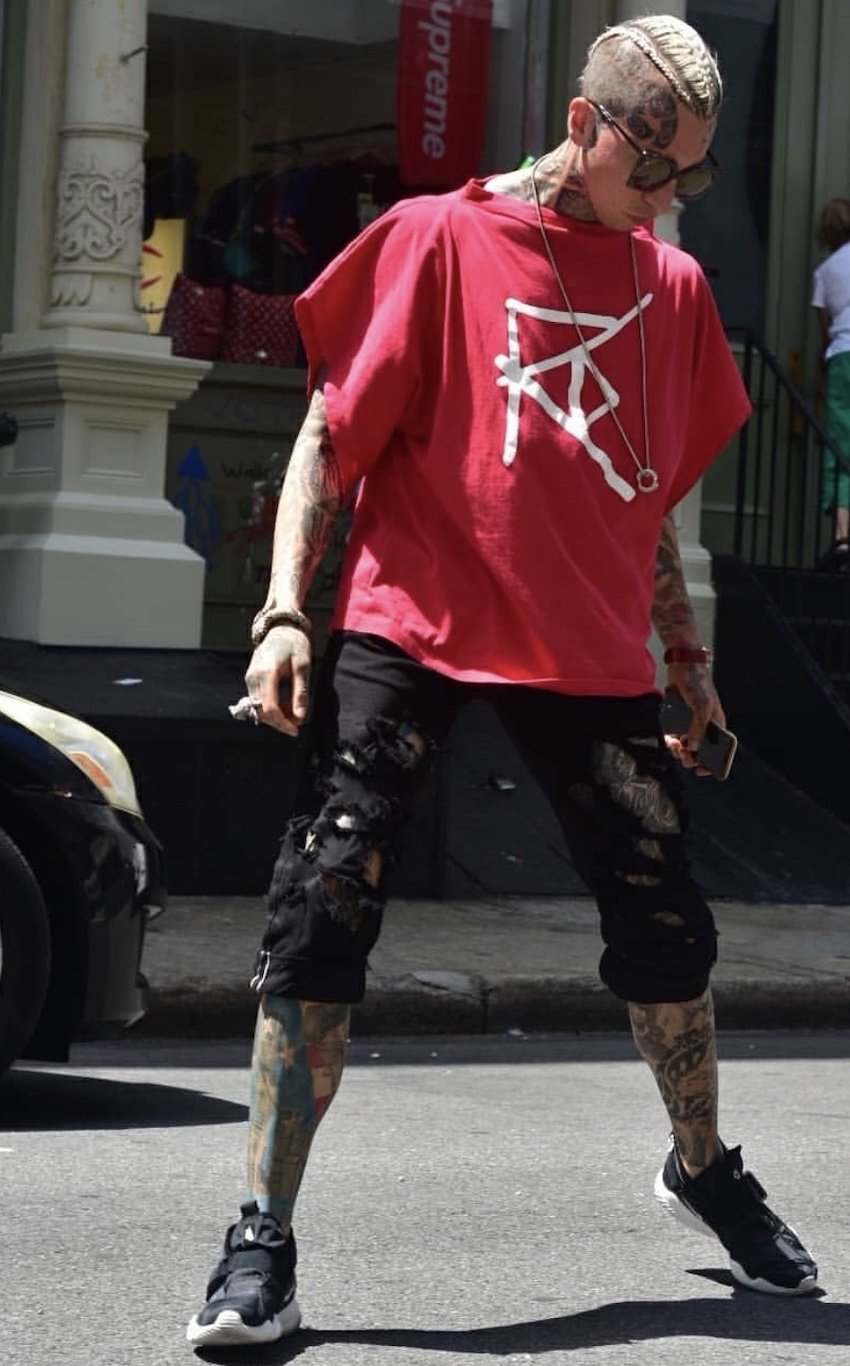 You are based in Perth. Does location make any difference to how you feel RAW WAR is perceived by the streetwear loving public?

I used to always have the perception that, due to my location in Perth, I was somehow ‘left out’ of the international world of fashion. Social media has completely removed this barrier.  Ever since the growth of my brand internationally, I have discovered that my location has actually added another dimension of uniqueness. When people hear that RAW WAR is a “Streetwear brand from Australia”, they become even more interested because so few designers in this genre are coming from this country and city.

What advice would you have for other emerging streetwear designers?

Ensure you have your eye on what is happening in the worldwide streetwear scene, but don’t get consumed by it. Look for inspiration instead of at what others are doing.

Push boundaries with garments. For example with the hoodie: push yourself to create a mastered version to add to your brand suite, but ensure you add your touch and make it your own. 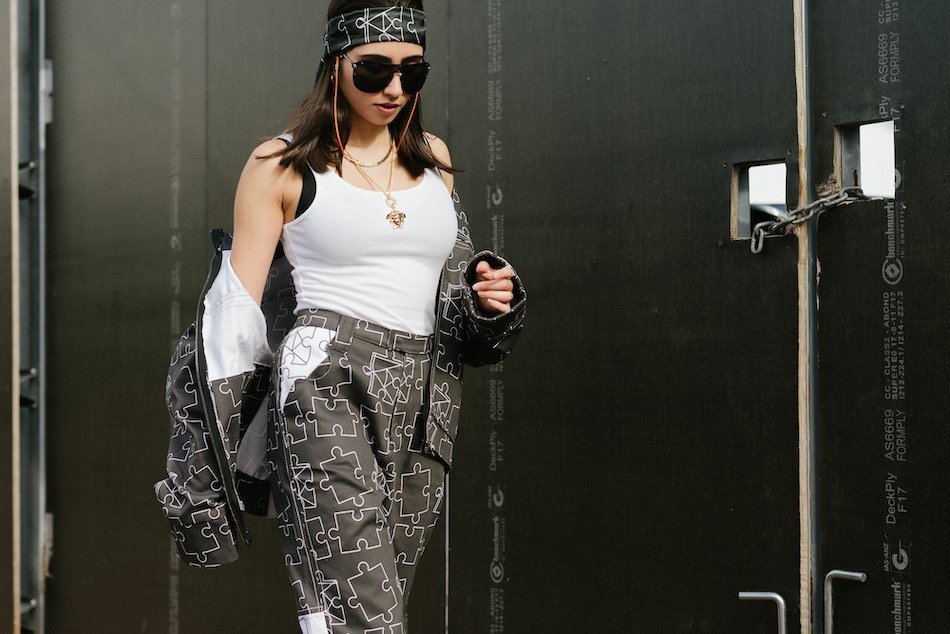 What’s next for RAW WAR immediately and – in 5 years?

At this exact moment, RAW WAR is creating custom pieces for local clients and beginning ideation for the next collection (FW 2020). RAW WAR is also creating content in a collaboration with “REDDS Cups” Australia, whilst simultaneously strengthening their Musical Performance Clothing category.