World-renowned Australian fashion designer Harry Watt passed away early Monday morning with his partner in life and business, George Gross, by his side.

Watt and Gross were the trailblazing design duo behind fashion house George Gross & Harry Who. Bonding over their mutual love for beautiful design, Harry and George joined forces to build a fashion empire. The two were on very different paths when they first met at the South Australian Hotel in Adelaide in 1968. Then 30, Watt was a travel agent who had developed a love of adventure after spending time in the Navy. Gross, 24, had arrived in Australia as a Hungarian refugee at 14. By 15, he was selling his designs.

George Gross & Harry Who have long been considered one of the biggest forces in Australian fashion. Their designs have been worn by some of the biggest names in the entertainment industry including Elle Macpherson, Joan Collins, Kerri-Anne Kennerley and Maggie Tabberer just to name a few. Even Princess Diana purchased six of their pieces from Harrods in London. While the George Gross collections were considered the higher-end line, Harry Who pieces were more relaxed while still being first-class in quality. Calling the Harry Who customer “young at heart,” Harry Watt incorporated casualness and sophistication into the line.

Watt and Gross opened their first store in 1973 in Adelaide’s Rundle Mall before opening boutiques across the world as their business boomed. Despite their worldwide success, their loyalty to Adelaide remained. The two kept production local as much as they could and elevated South Australia on a global platform.

After a dazzling career of over forty years, Harry and George retired in 2014, closing their boutiques and David Jones concessions across Australia. 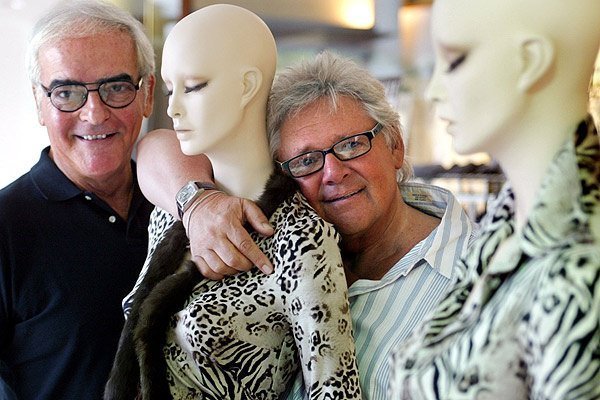