The Kenyan born designer and final year marketing student topped the vote as your style favourite that same month, and has since had the opportunity to model one of the breathtaking creations by South Australian couture wunderkind Paul Vasileff of Paolo Sebastian.

“When I saw that Nickitar was going to be the model, I instantly thought of this dress, as the soft pink colour would look incredible against her skin tone,” said Vasileff, who is currently also the Young Australian of the Year.

“While it’s a very soft and feminine silhouette, modern motifs like the side slit and choker compliment Cocktail Revolution’s street style aesthetic.”

Describing herself as having “champagne taste,” Nickitar said the gown, which took 100 hours to make(!), felt as though it was made for her.

You’ve never seen Paolo Sebastian like this before – street style in Adelaide! 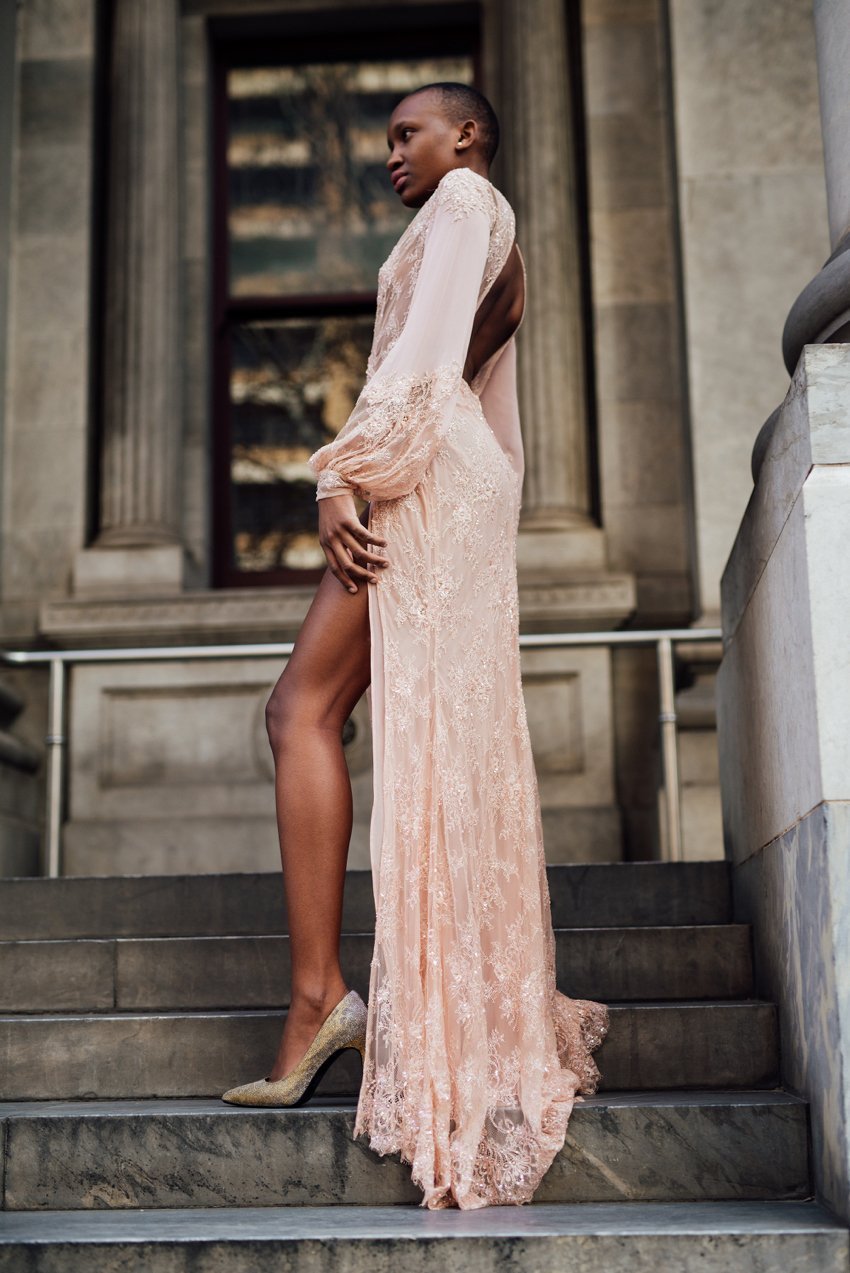 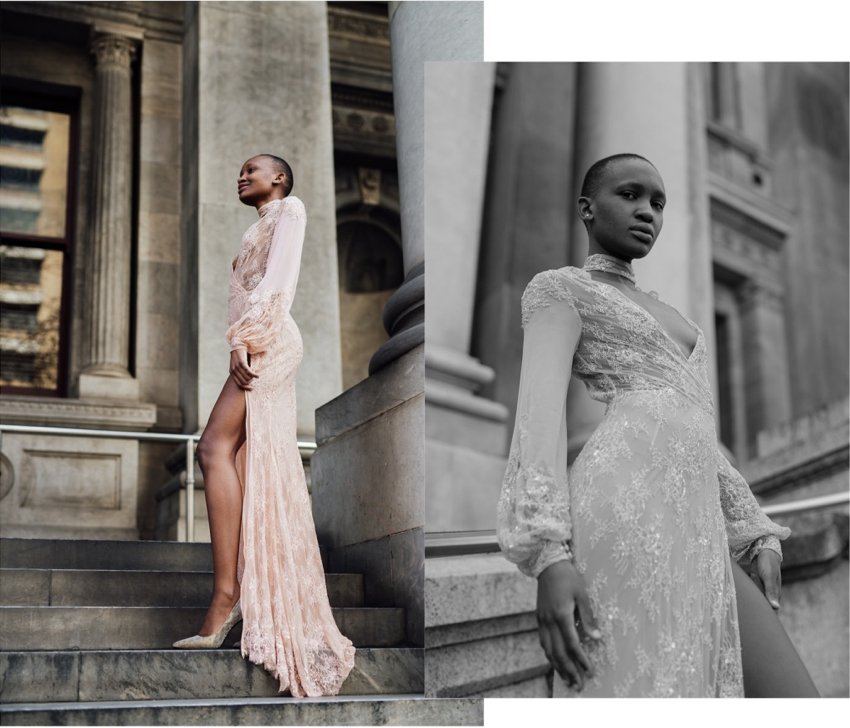 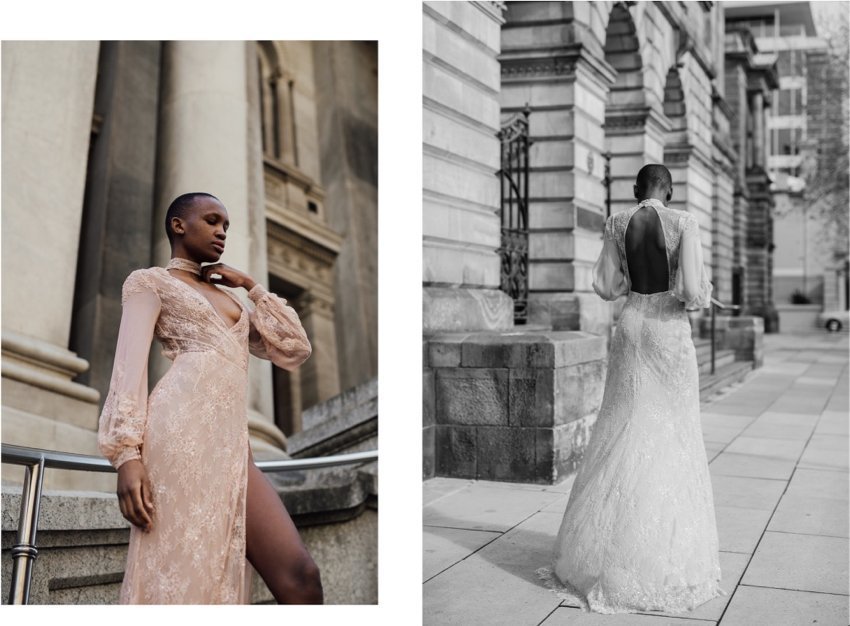 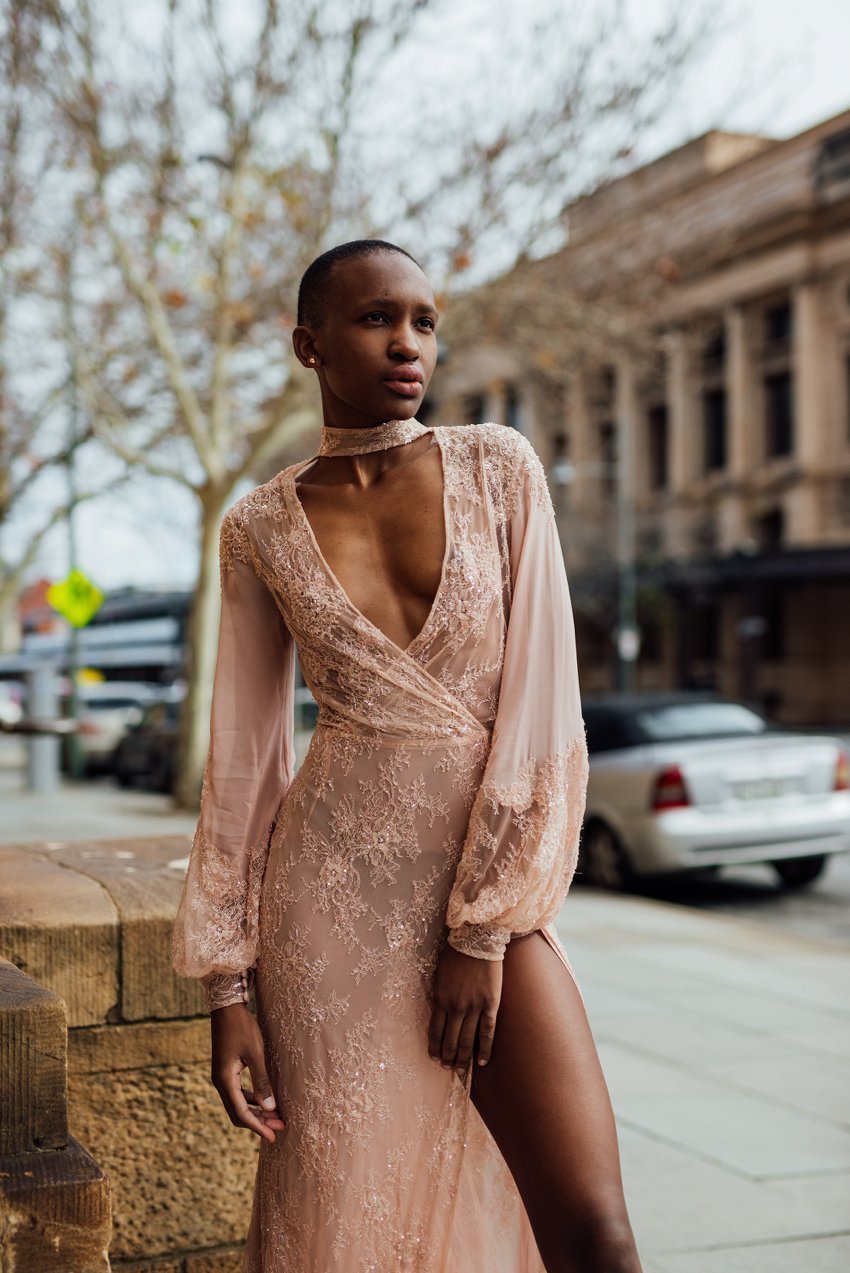 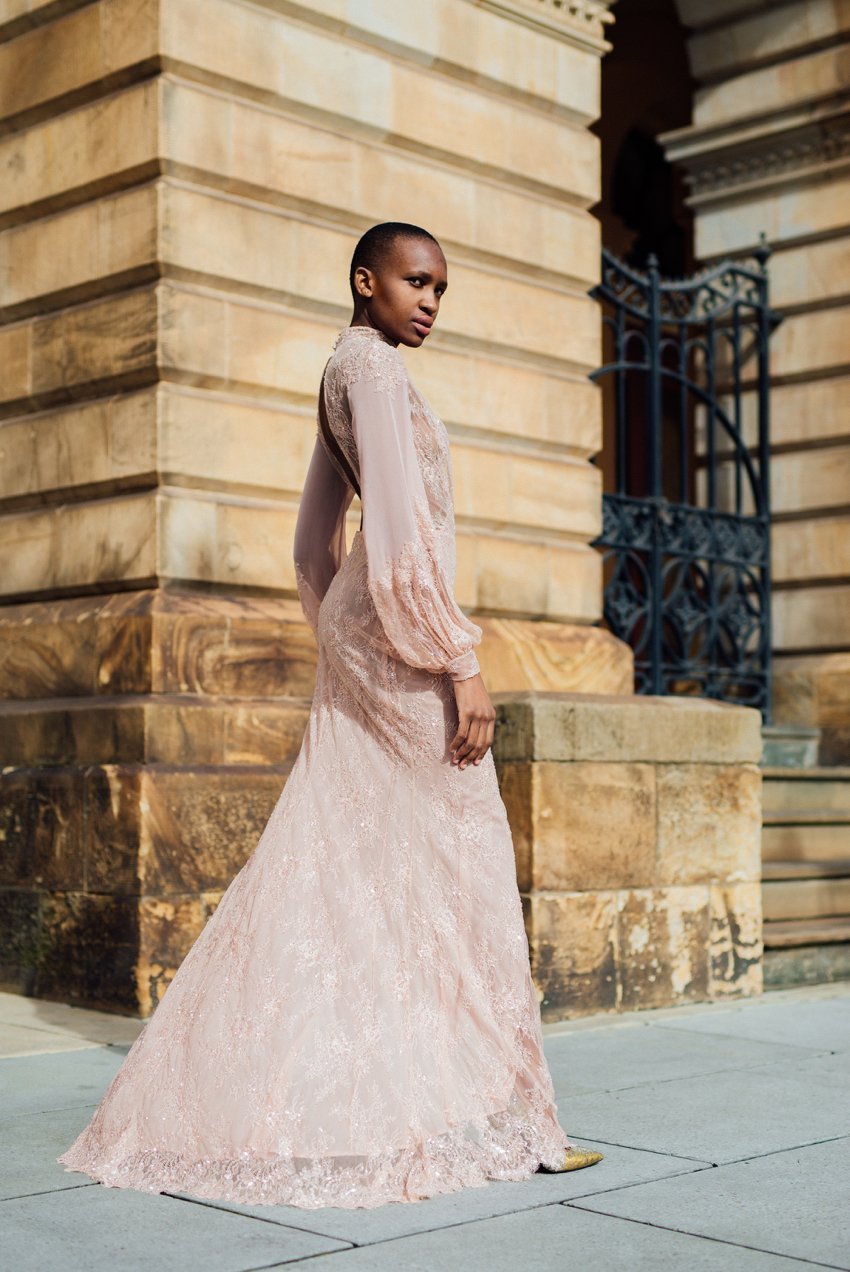