Top 6 Most Expensive Designer Handbags in the World

So you saved a couple of grand for a coveted designer handbag, took an entire day off to film an unboxing video and included your purchase in every Instagram post you’ve shared since? Just when you thought you’d achieved your aspirational handbag dreams, here are the the top 6 most expensive designer handbags in the world  to fire you up…

Number one on the list of the world’s most expensive designer handbags is the Mouawad 1001 Nights Diamond Purse. Holding a spot in Guinness World Records since 2011, this accessory will set you back more than $5.4 million.  Handcrafted with 18-karat gold and featuring 4,356 colourless diamonds, 56 pink diamonds and 105 yellow diamonds, this masterpiece took 8,800 hours to create. While it holds the record for value, we can’t see that anyone has actually bought this little sparkler. Perhaps because it’s too small to hold a standard mobile phone?

While diligently saving for a classic Chanel designer handbag might be within the realm of possibility for some of us, being able to save up more than $3.73 million for this Chanel piece is much less likely. The Chanel Diamond Forever is a limited edition release, adorned with 334 diamonds and 18 karat white gold hardware atop white alligator skin. How’s that savings account looking?

Valued at over $2 million the most expensive Birkin bag created is by Japanese designer Ginza Tanaka. This piece is reportedly made entirely of platinum and adorned with 2,000 diamonds. You can even detach the strap and wear the diamonds as a necklace or bracelet. How’s that for value?

Lana Marks clutches are a red carpet favourite, but the Lana Marks Cleopatra clutch has only been carried by a few lucky starlets.

A diamond encrusted piece inspired by Elizabeth Taylor’s role in 1963’s Cleopatra, these clutches are custom made for clients and will set you back no more than $573,000. 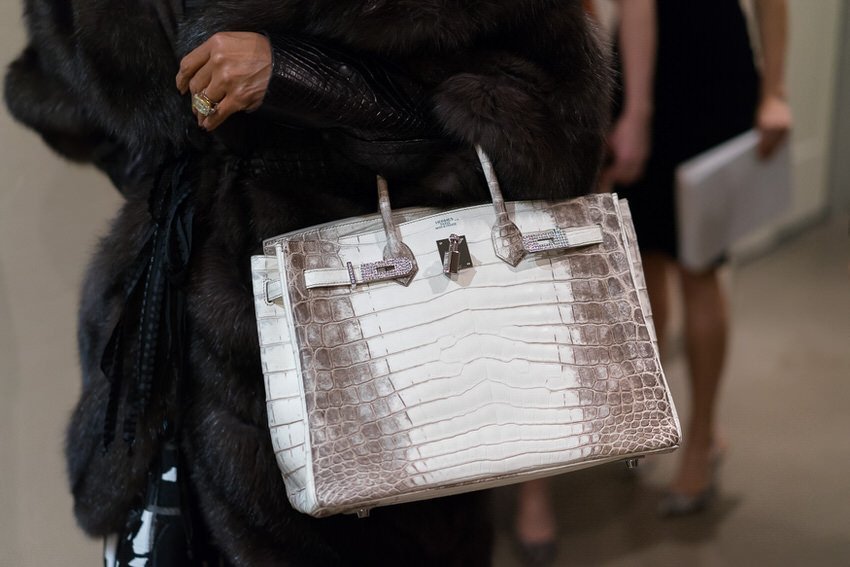 While the Ginza Tanaka bag is the most expensive Birkin ever created, the priciest sold at an auction is actually the Niloticus Crocodile Himalaya Birkin. Made from Nile crocodile hide, this Birkin bag sold for the equivalent of more than $431,000 in December of 2018.

Despite the ever-growing controversy surrounding the use of exotic animal skins in fashion, these accessories continue to fetch incredibly high prices at auctions. 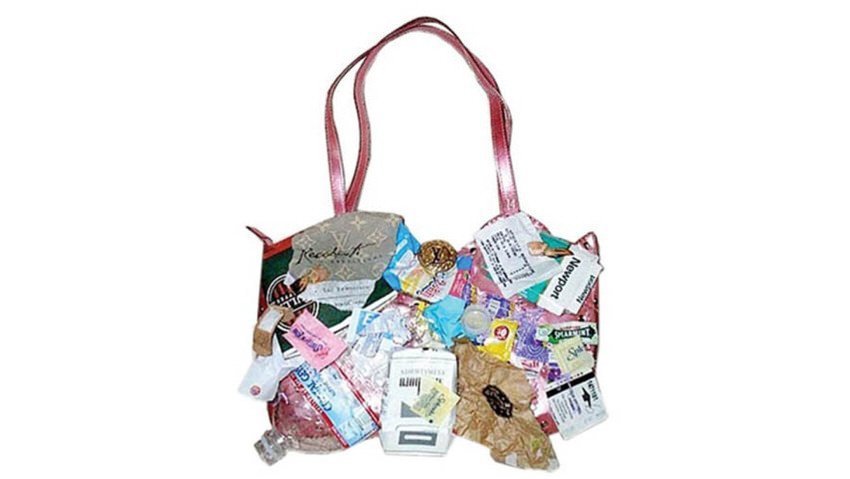 Made from recycled water bottles, gum wrappers and cigarette packs (with some fine Italian leather, too) the $214,500 Urban Satchel is designer trash at its priciest.