The fashion industry, mainstream media and Vogue in particular have been called to account for their lack of diversity by the Vogue Challenge hashtag that has gone viral. On Instagram alone there are now more than 300,000 individual posts using the tag. As a result, Vogue Australia and elsewhere has had no option but to acknowledge the intensity of frustration felt by fashion creatives and followers from diverse backgrounds.  There’s no glossing over the fact that too many talented and worthy people from diverse backgrounds have been left out of the fashion conversation.

Background to the Vogue Challenge

Vogue USA first featured a black  model on its cover in 1974 and there have only been a total of 21 black model covers since then. That’s not 21 different models.  Some models, like Rihanna, have been featured more than once.  Until British Vogue appointed Ghanaian born editor Edward Enninful in 2017, the publication was known for having diversity issues. There hadn’t been a single black model on its cover for 12 years straight until it featured Naomi Campbell in 1987.  The following year she appeared on the cover of French Vogue following support from designer Yves St Laurent who threatened to pull advertising if it continued to refuse to use black models. Right now she’s reported to be “f**king furious” about racism in the industry.  Campbell says there’s a massive pay disparity between black and non-black models. There’s a documented history of black models being told by Vogue that they’ll never be on the cover. And only one black photographer, Tyler Mitchell, has ever photographed Vogue covers. His first was in 2018.

Back in 2018, Vogue Australia only succeeded in annoying everyone with it’s self-congratulatory promotions about its April “diversity” cover.  It featured four Australian models from completely different backgrounds, who wouldn’t normally grace the magazine’s covers. They were Akiima, Charlee Fraser, Andrea Pejic and Fernanda Ly. Akiima was quoted in the mag as saying: “Unfortunately we don’t get to see the diversity of Australian beauty. We have come a long way, but we still need to discuss diversity in the modelling industry … because we don’t want to keep asking for a spotlight.”

While there have been a recent smattering of diverse models on its Australian covers over its considerable history, with Sam Harris in 2010,  Akiima  in 2018 and Adut in 2020, Vogue, the main player in the world of fashion magazines has been obviously slow to embrace diversity.

The publication had a global rebrand last year to stand for “supporting creators in all shapes and forms” and “the values of diversity, responsibility, and respect for individuals”. Yet it has been the Black Lives Matter Movement that has accelerated the push for diversity in fashion and media organisations. Just how far the mainstream media and Vogue in particular, has fallen short is reflected in the Vogue Challenge hashtag going viral.

The global Black Lives Matter movement that started in the USA saw international fashion and beauty brands posting in solidarity on social media. These posts started a backlash, with black, gay and trans models calling out performative posts by brands with a poor track record such as L’Oreal and Salvatore Ferragamo.

Who Started the Vogue Challenge and How

The Vogue Challenge actually started on Twitter, on June 2 by a young black muslim student in Norway, Salma Noor. Under a Vogue masthead she tweeted: “Being black is not a crime”.  It was without the hashtag and was instead tagged with Black Lives Matter and BLM.

Click for a suprise, edit by me? #BLM #BlackLivesMatter pic.twitter.com/aYxfis9uoo

I created the vogue challenge a week ago and didn’t get credit so here is a new one??‍♀️ #VogueChallenge pic.twitter.com/OhOoSLI5dn

This post caught everyone’s attention and after receiving over 40,000 likes, #voguechallenge was trending both on Twitter and Instagram.  Fashion creatives and other diversity proponents such as Carly Findlay in Australia had also taken up the challenge, both tweeting and posting on Instagram.

Eventually, Vogue Australia addressed the challenge in an article about some of the challengers and why they had decided to participate.  It was a great story, not least because Vogue wisely left it to the selected challengers themselves to explain their reasons.  We hope they listened.

Some of the Challengers

A massive range of diverse fashion creatives from photographers, make-up artists, models and content creators have now accepted and participated in  Noor’s Vogue Challenge.  So much so, that there are now even easy to follow how-to guides and templates for anyone who’d like to give it a go!

Cocktail Revolution was started 8 years ago in response to the lack of diversity in the mainstream media. The team at Cocktail Revolution embraces diversity, even though the make-up of our own team varies from time to time. Our motto at the top of our own masthead reads Embracing Diversity Through Fashion. It’s our reason for getting up in the morning and our motivation for pounding city streets to shoot authentic street style. Our mission has been finding and photographing the most stylish looks belonging to a wide array of diverse faces that are not seen in mainstream publications. We have never believed that there’s a single “type” that defines beauty. 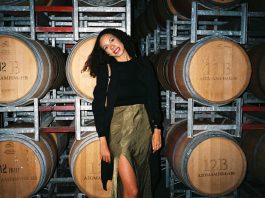 Working Towards More Fashion With a Conscience 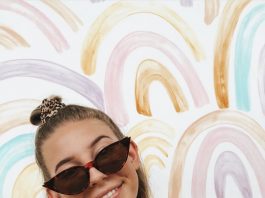 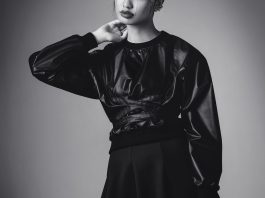 A Day of Fashion on The Parade Norwood