Year of the Dog Shoot

When Sandra Rives from Red Opium collaborated with Peter Farmer and Kylie Graham, their resulting Chirriger collection brought the house down at its runway showing at the Telstra Perth Fashion Festival late last year. Not because it was the first Aboriginal fashion runway at the festival. Not because it was led by Samantha Harris and a line-up of Aboriginal models. But because on top of this, the garments themselves were so well received.

Peter, whose art has previously been selected by iconic designer Jimmy Choo for a couture shoe collection,  first chose a Dingo for the Year of the Dog feature.  We would have loved that too. But we were a bit nervous about having beautiful model Keana get too close to one, much as we love them. Second choice? Peter and Sandra both agreed on a pug. For their cuteness.

Shortly after, a group of six breathless, snorting, puffing, pedigree loveballs rocked up at our offices for a shoot.  We all fell in love. #MajorlyCute

As promised, here are more of those gorgeous “out takes” with Keana, the pugs and that gorgeous Chirriger dress, Sabrine. 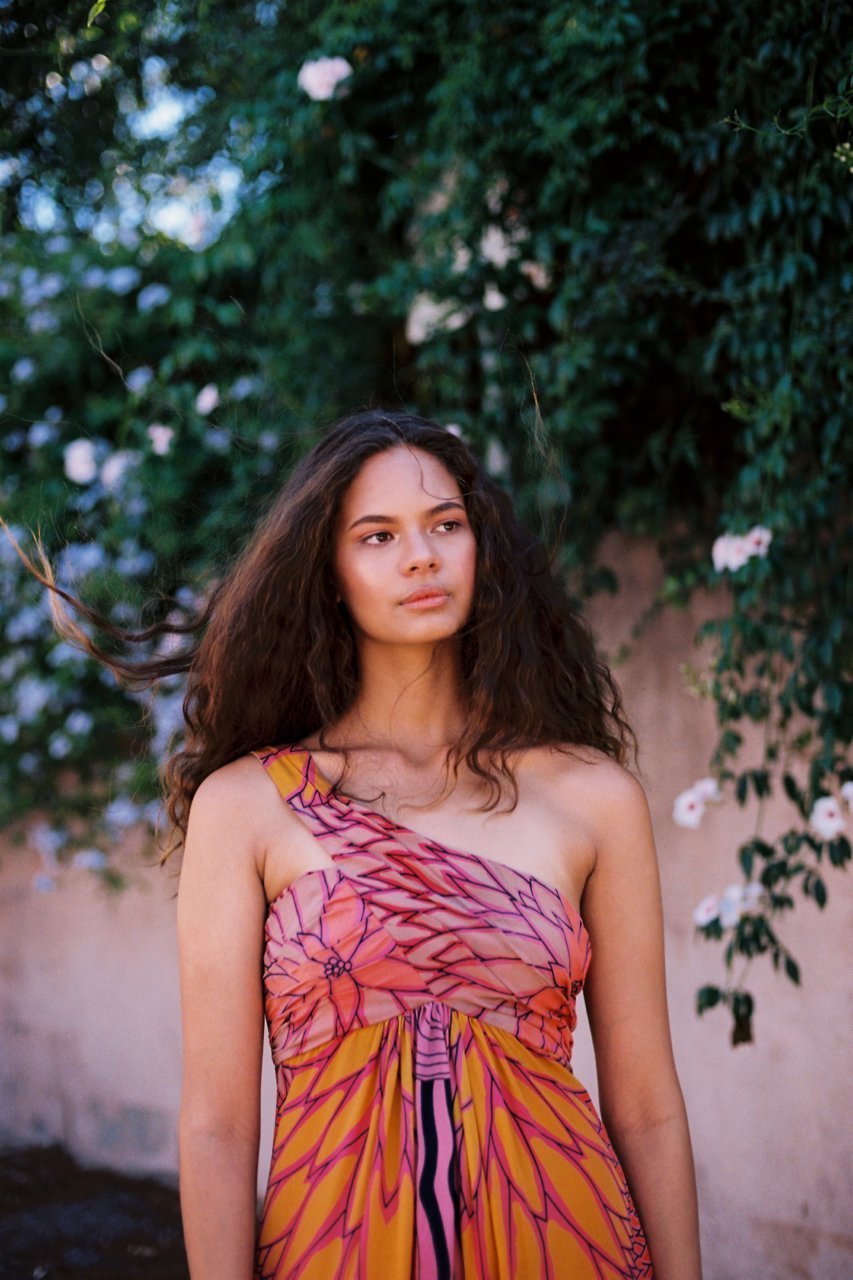 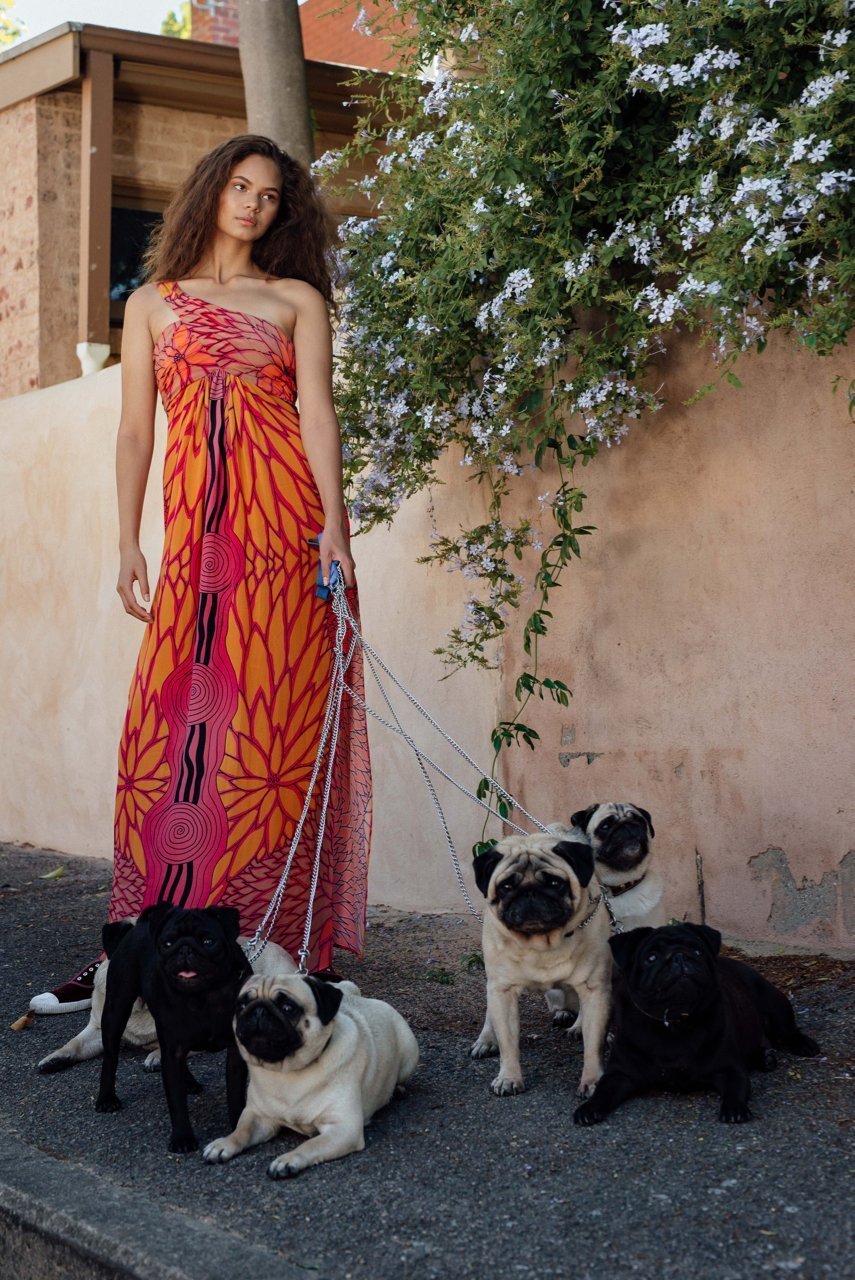 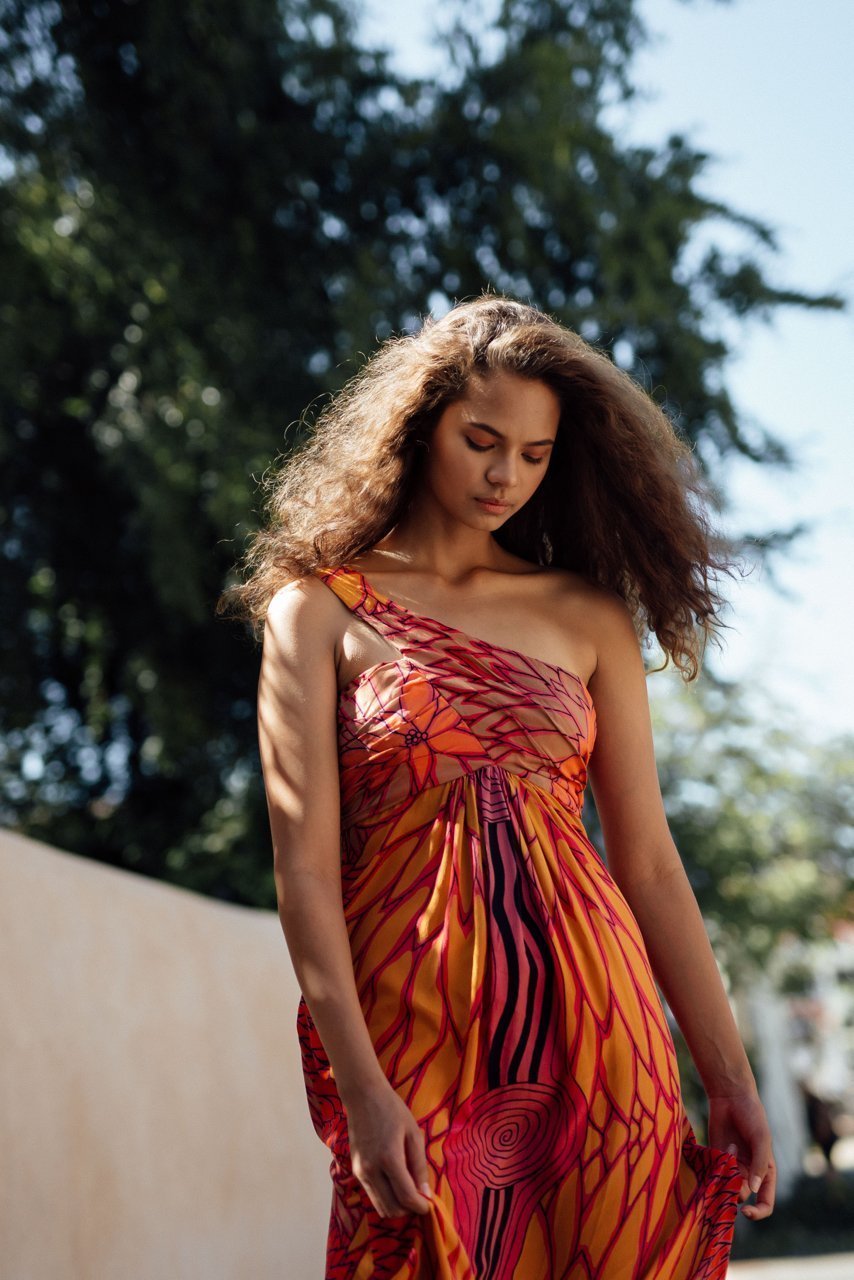 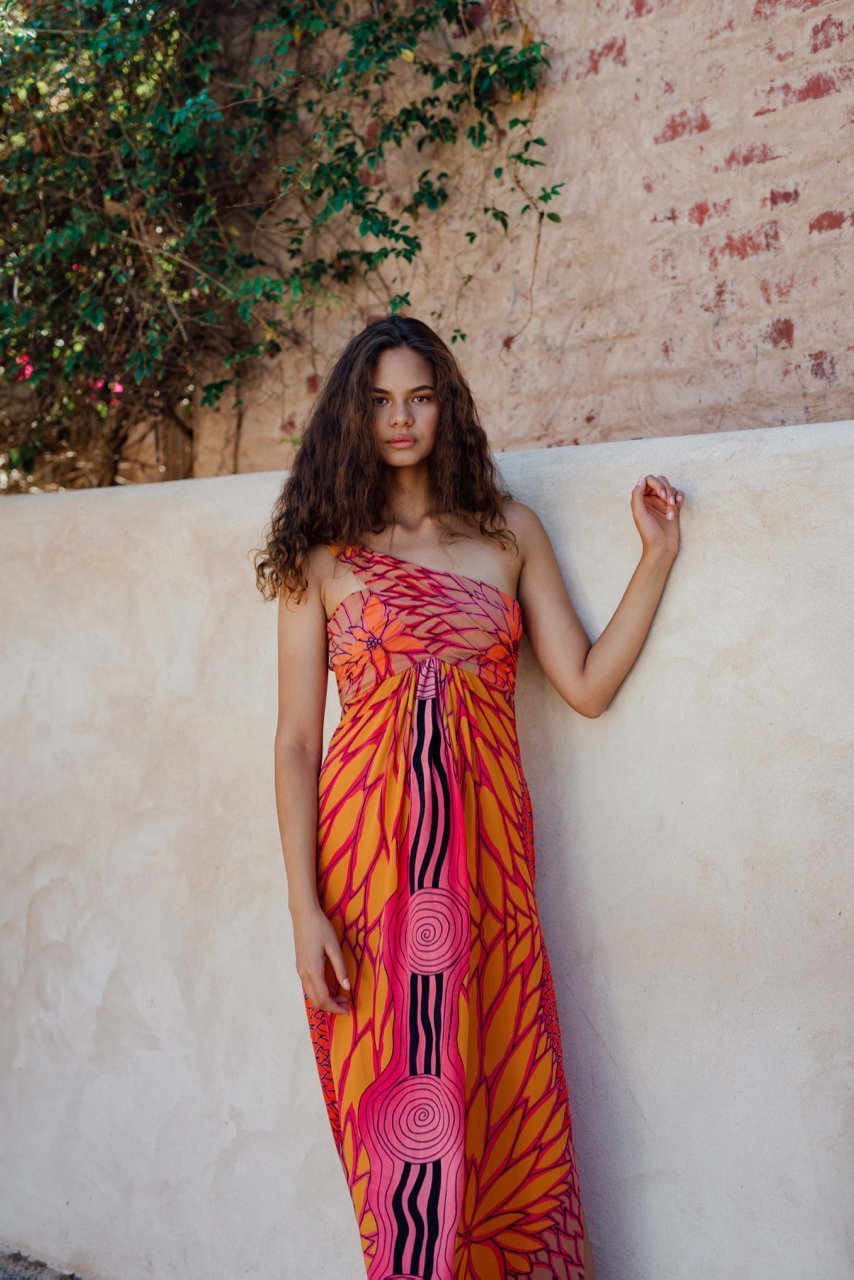 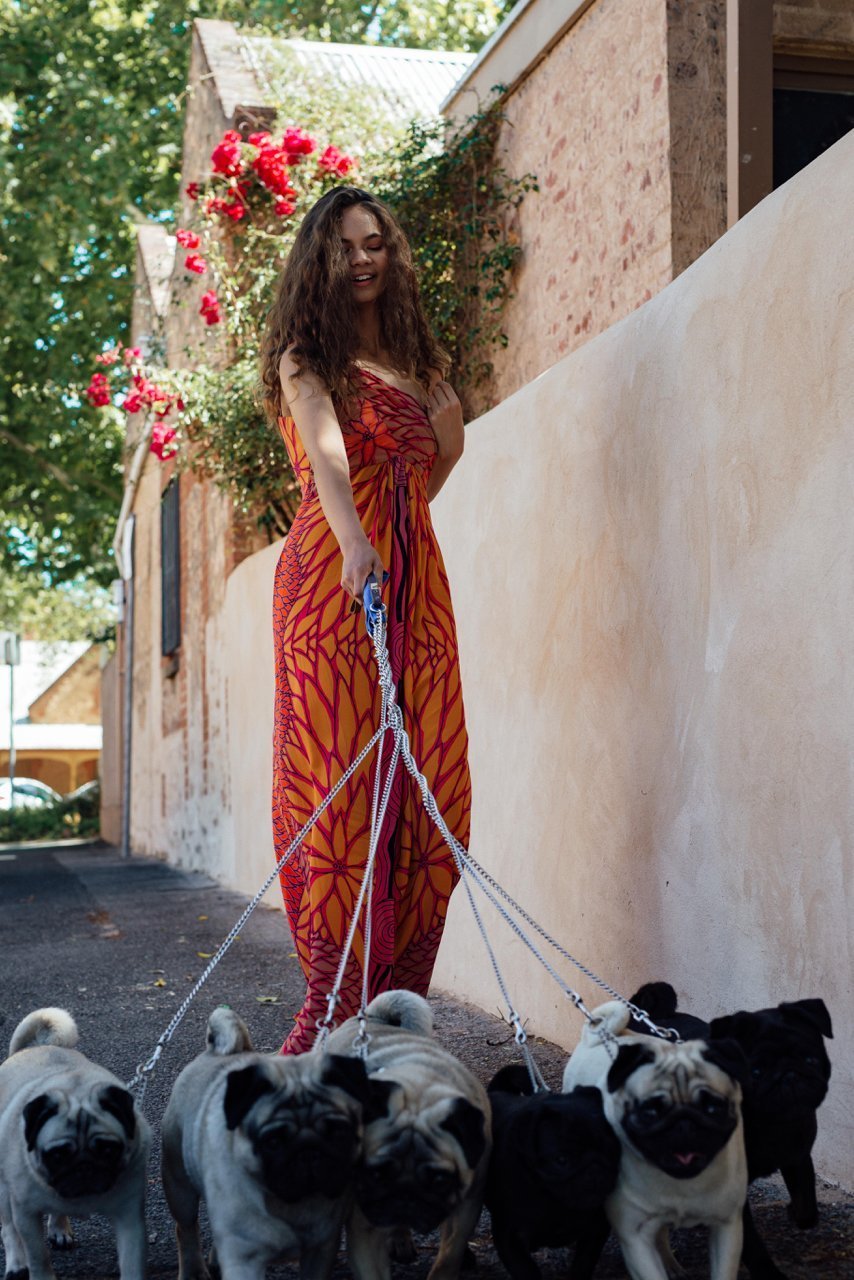 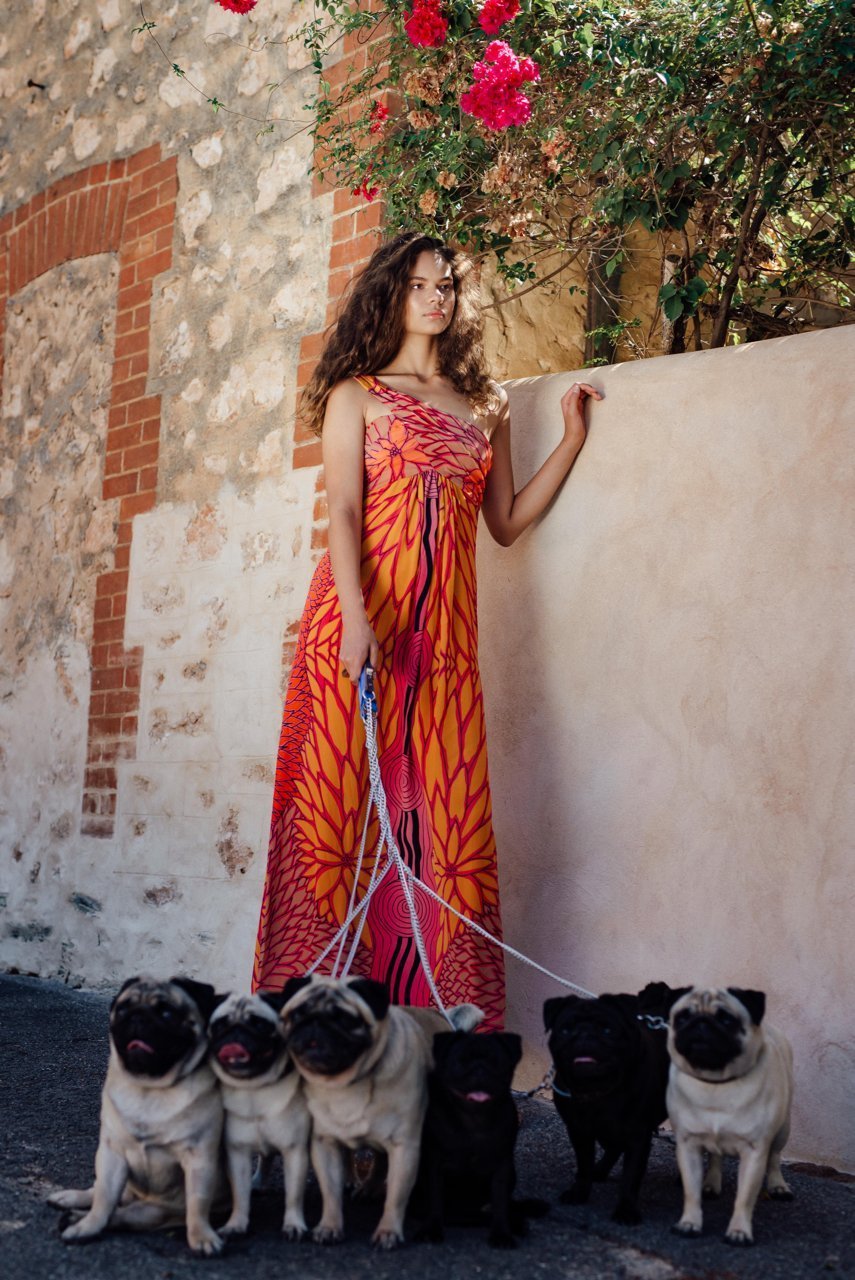 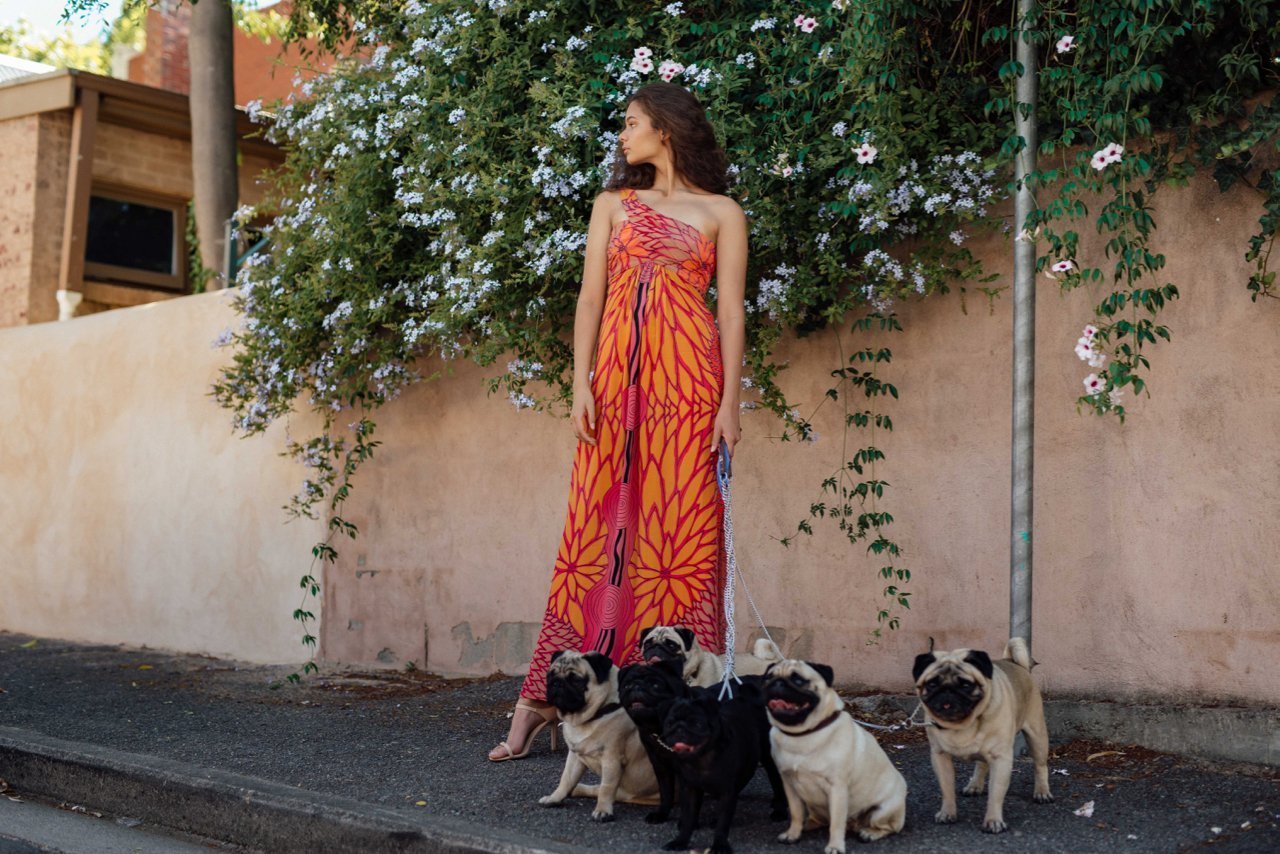