Diversity on the Runway

A lack of diversity exists across many aspects of the fashion industry. While some aspects are improving, people with disabilities are often left out of the fashion conversation. On Wednesday night, Mercedes-Benz Brisbane Fashion Festival treated show goers to a display of diverse and creative designs in their NextGen Runway. Better still, the offerings included a collection of adaptive fashion by lawyer, artist and designer Carol Taylor. Modelled by people with disabilities, including many in wheelchairs, Taylor’s MeQ Designs offering was a clear a standout of the show.

Taylor, who has been quadriplegic since a car accident 18 years ago, was approached by the Brisbane Fashion Festival team to design the nine-piece collection. Her experience making clothes for herself and other wheelchair users meant that Taylor pays close attention to the different challenges faced by people with disabilities when it comes to clothing. The MeQ Designs collection featured garments with magnetic zips, comfortable seam placement and even concealed flaps for those with complications around regulating body temperature.

Many attempts at inclusivity in fashion shows often come across as tokenistic, such as the one-off inclusions of amputee models in a runway. Last night’s runway by Brisbane Fashion Festival feels like a more substantial offering, that will hopefully lead to further interest in adaptive fashion and the need for diversity in fashion design. While all displays of inclusivity and diversity are important, the fashion industry still has a long way to go. 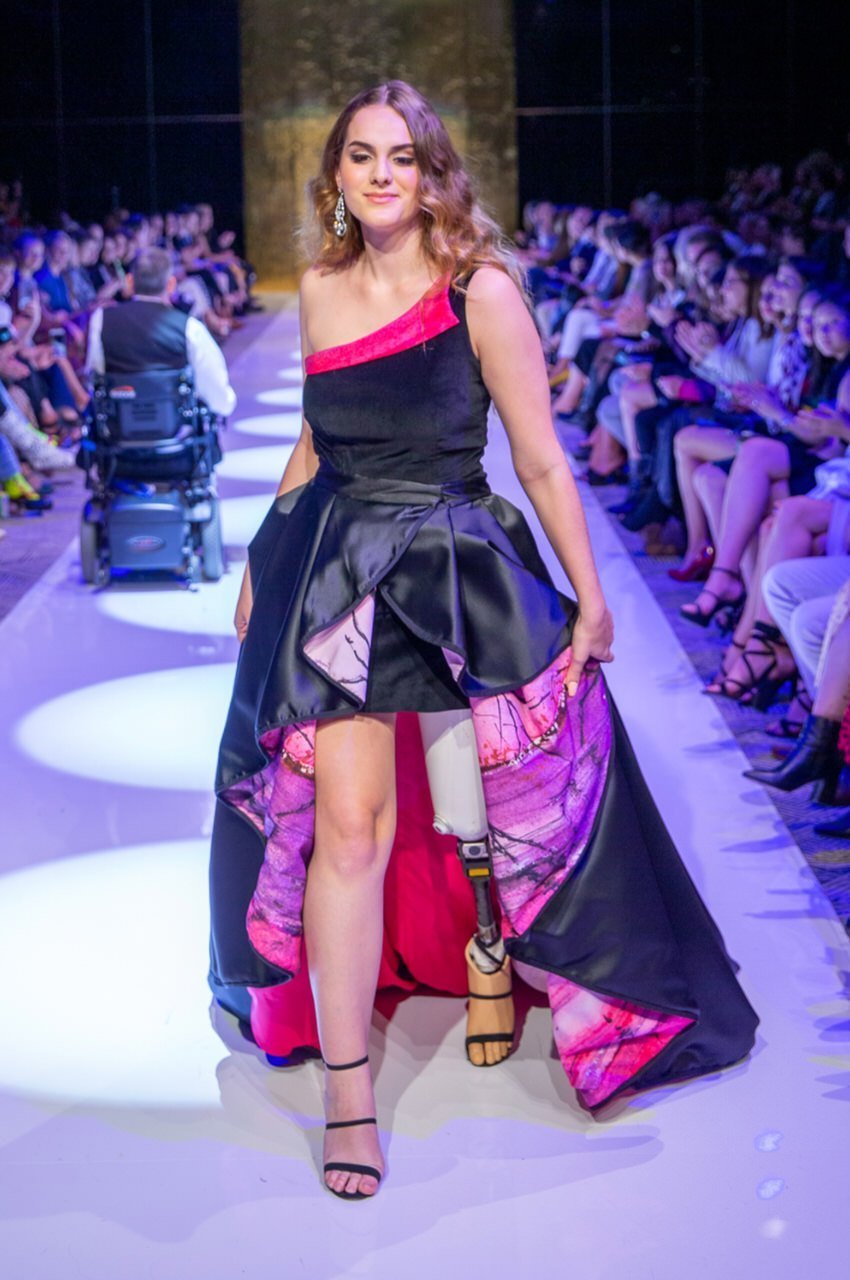